Deep down in the underground

Many an evening was spent crouched over my PC playing the original Descent. Back during an era where there typically weren’t that many vehicular first-person games (even the updated version of Battlezone came three years later), Descent was peerless, framed around the backdrop of rampaging robots and claustrophobic caverns.

Overload, a recent follow-up from many of the same developers, is built for a very specific type of person; but anyone who is okay with making a few retro concessions will be able to handle it. 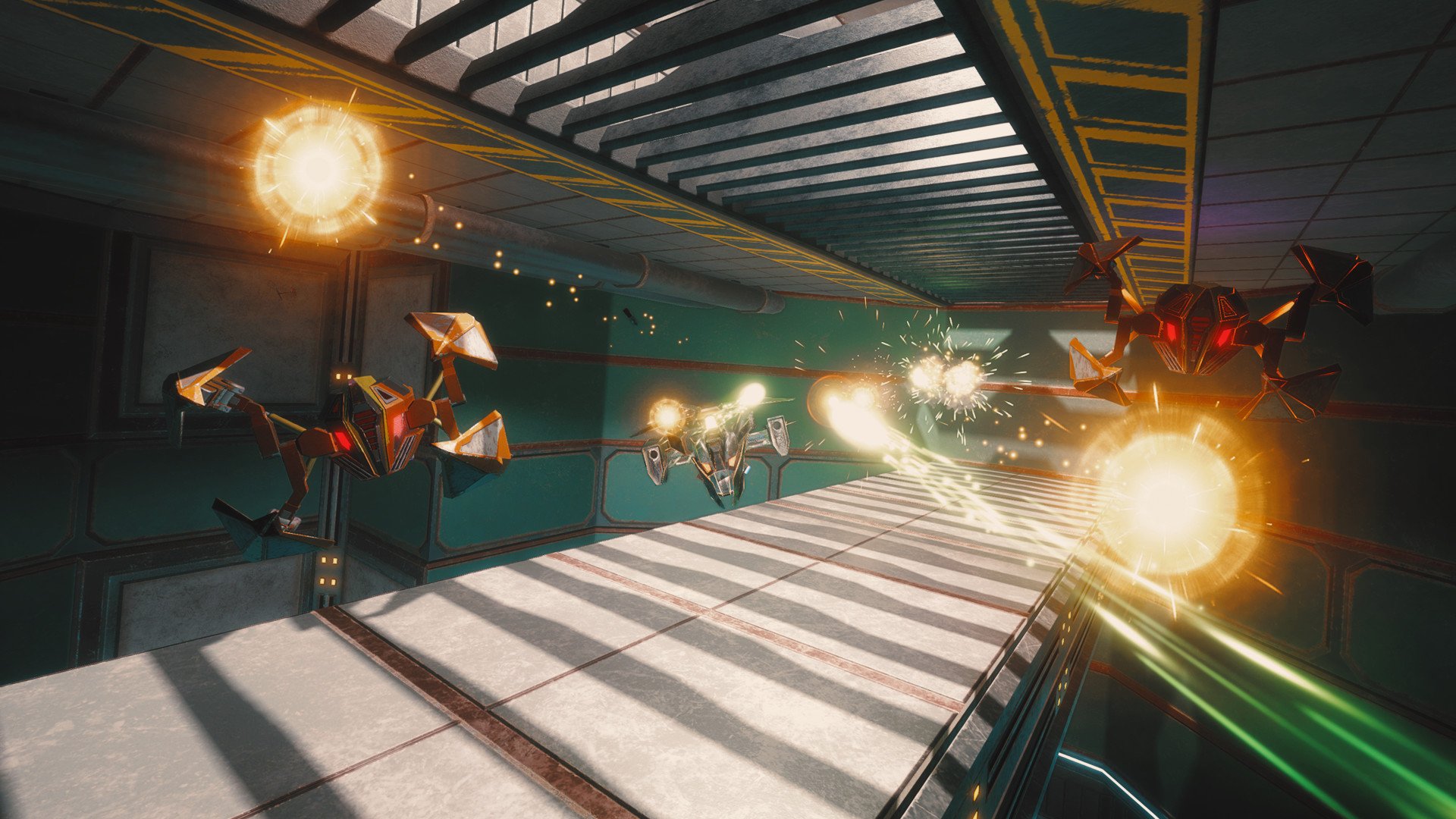 I’ve been playing Overload off and on for the past several weeks, and it’s very much encapsulated that overwhelming sense of dread and excitement that Descent tempered all of those years ago. Incredibly, Revival Productions managed to craft something that feels authentic in terms of its look and feel while maintaining the production level of a modern project. It’s not cheap, it’s not going to be accused of being too retro or outdated; it hits that balancing act with smooth visuals that are practical yet give off an air of homage.

Enough waxing poetic about Descent — if you’ve never played it you probably don’t care. So what is Overload? Billed as a “six degree of freedom shooter,” you’re basically piloting a ship in various underground settings, locating keys, destroying enemy robots, and reaching exits. It’s Doom in a spaceship, and it’s still as great as the initial pitch sounded in the ’90s.

All of the classic design precepts are alive and well, like the thrill of locating secret areas (something only Id Software still propagates consistently) and getting bested by an enemy you never saw coming. Due to the nature of space flight things are a lot crazier than your average FPS, and flipping upside down to take out an enemy on your flank is a rush.

That intersect of exploration and combat is where the Descent formula shines. One minute you’re cruising through a hallway unfettered, and the next an NPC crew pincers you, forcing you to hit your thrusters, blow your way out, and get your bearings in an arena where more enemies are pouring in by the second. This insanity is even more potent in the extra challenge levels.

The reason I’ve been so damn busy with Overload is because there’s an insane amount of stuff to do. There’s 15 levels in all as well as a small RPG system for upgrading your ship, a challenge mode, and eight-player online play with 10 arenas. Oh, and it has Oculus/Vive VR and joystick support, multiple difficulty levels, speed running concessions, and a quick save feature (man this was handy back in the day). A custom level editor is coming at some point too. Revival really thought of everything!

If you’re interested in checking it out, Overload just left early access recently and can be found on Steam, where it was met by “overwhelmingly positive” reviews.

[These impressions ares based on a retail build of the game provided by the publisher.]