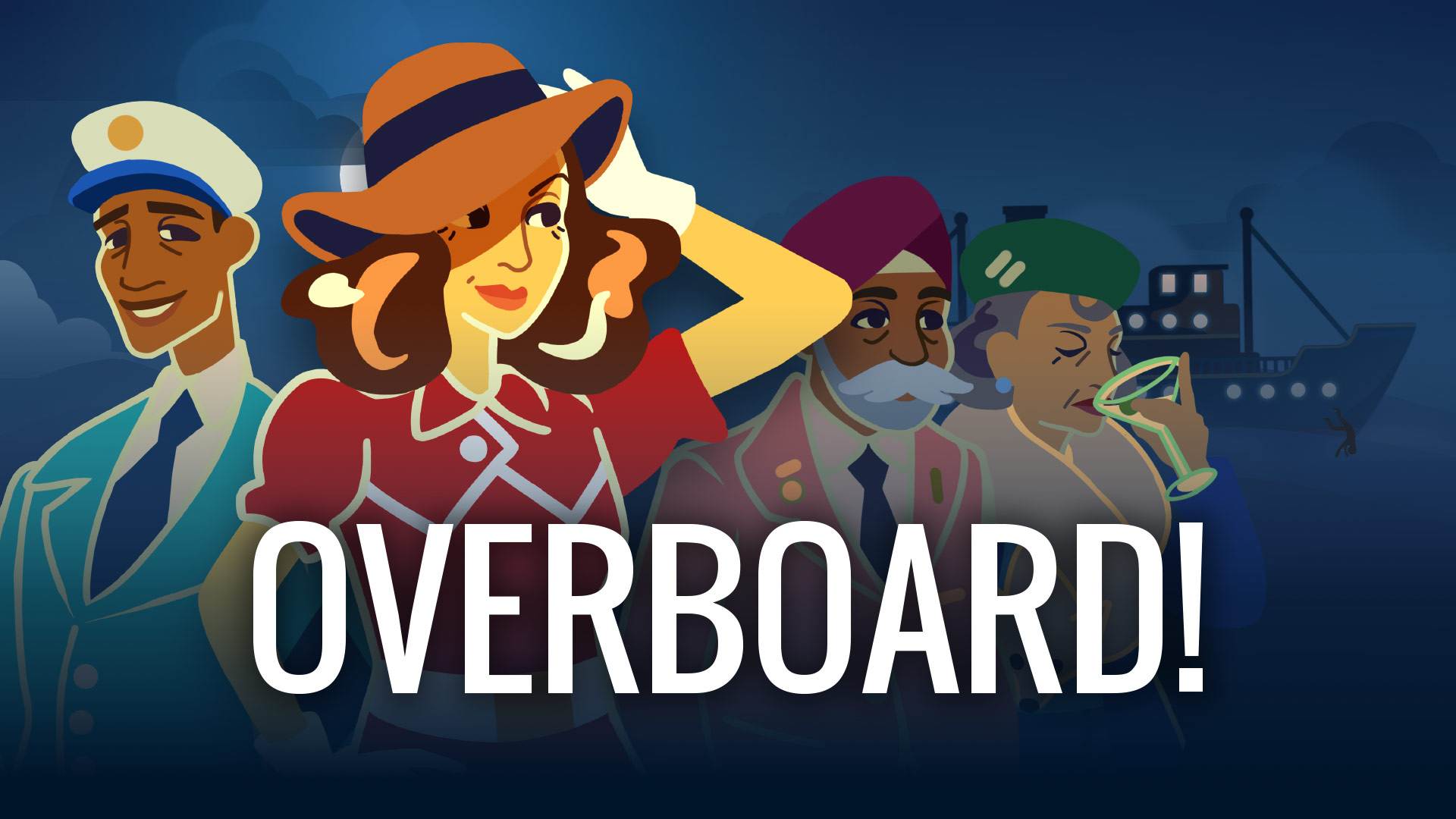 It is 1935, and you are the starlet Veronica Villensey, married to the rich Malcom Villensey who has become not-so-rich overnight. The two of you are setting sail to America to start a new life; unfortunately for Malcolm, that idyllic fresh start doesn’t include him.

One little push overboard is how Overboard! starts out. Developed by Inkle Studios, the team behind 80 Days, Heaven’s Vault, and Pendragon, Overboard! is a game about covering up your misdeeds. You have eight hours to cover your tracks, and not only that, you have to frame a fellow passenger for the deed—you can only cash in Malcom’s generous life insurance policy if you can pin the deed on someone else.

With the clock constantly ticking and many avenues of approach, it feels vaguely reminiscent of Gnosia, a single-player “werewolf” type game that launched earlier this year, in how you have to navigate your way through a spiderweb of suspicion and doubt. Through many voyages and attempts, you can gradually figure out each person’s pressure points and secrets, eventually concocting your perfect scheme.

What’s wild is not just that Overboard! surprise-launched today on the Nintendo Switch, App Store, and PC via Steam and GOG, but that it apparently started development earlier this year. The first scene of Overboard! was written in January 2021, so things seemed to come together pretty quick.

And honestly, I’m very into both the style and setup of this game. Inkle has made some pretty interesting narrative games over the years, so a new launch from this team is always worth taking notice; add in some murder-mystery intrigue, that you yourself get to instigate, and this might be a fun one to blast through in a weekend.

Overboard! is currently available on PC, Switch, and iOS, with a launch discount.