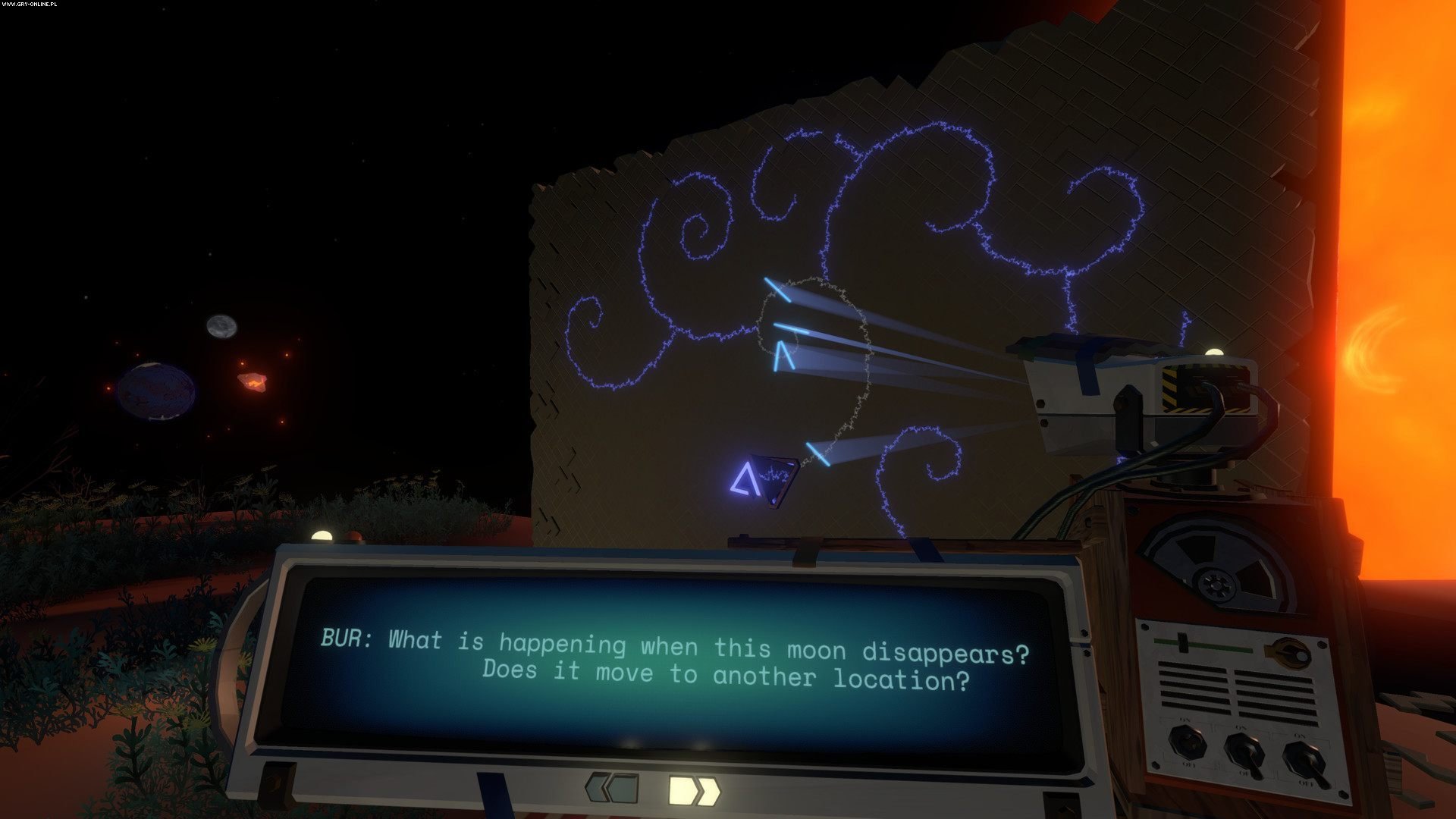 My very last stop of another great year at PAX East was to check out Outer Wilds over at Annapurna’s booth. I hadn’t heard much about Outer Wilds since back in 2018, but a space exploration game scaled down from the massive undertakings of games like No Man’s Sky is enough to get me interested.

Unlike those massive procedurally generated space exploration titles, Outer Wilds takes place in a single solar system. There are a set number of planets each with their own secrets and unique look. The caveat, you’re stuck in a bit of a time loop. The sun in your solar system explodes every twenty minutes, and while your more significant progress carries over with each reset, you’ll need to hop back in your ship and set out from the start each time.

The demo I played started with me heading off to grab some launch codes to get started on my first big day as an astronaut. The people of your planet have some pretty modest backwoods dwellings for space explorers, even your ship is made out of wood, but it seems to hold up in deep space just fine.

A brief interaction with a mysterious alien statue seems to be the reason for the time loop you find yourself stuck in, playing back your memories after each explosion and having you wake up back at the start, seemingly the only one who seems to remember your undoing. Uncovering the reason for and presumably breaking the time loop seems like it will serve as the driving force behind the game. There’s plenty to explore though so one might hope finding a way to break the loop would result in a free exploration mode of some sort.

The dialogue options provide some fun humor to lighten the somber exploration game. Casually asking your friends if they recall dying just a few minutes ago tends to get a confused reaction. I managed to explore a total of three different planets during my demo. One was mostly water and rocky outcroppings with large twisters ripping through the atmosphere. I nearly crashed my ship trying to land there. Another a series of mist filled caves and the third a rocky lava covered planet. I only spent a few minutes on each before inevitably getting myself killed, but they all felt unique and worth investigating further.

Open world exploration games can often feel insurmountable, but Outer Wilds smaller scale and unique time loop gimmick make it one worth checking out when it launches on PC and Xbox One later this year.