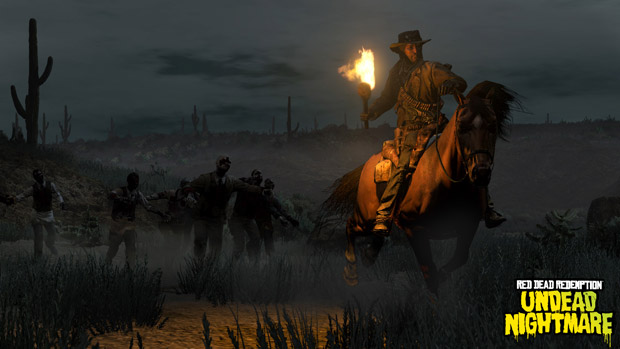 The “Undead Nightmare Pack” ($10, due out this fall) for Red Dead Redemption is looking quite good in these first few screenshots. I’m curious how Rockstar Games plans to frame the story for this in a not-ridiculous way, considering you get a freakin’ zombie horse at some point.

Maybe I’m putting too much thought into this, though — it is, presumably, another tale of an outbreak and the hunt for a cure. There’s supposed to be “new gameplay mechanics” and “mythical creatures,” so that should be interesting, especially since Red Dead has been out for so long.

Anyone else feel the urge to play Deadlands now?