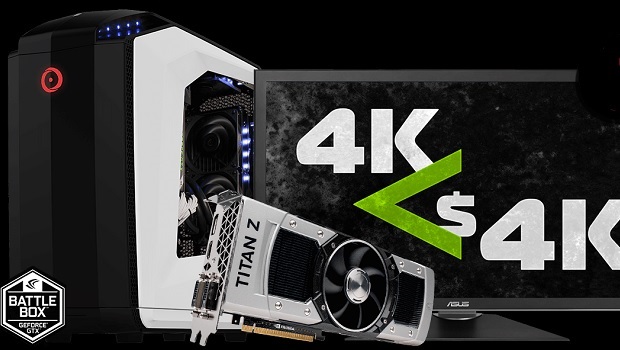 Which is still a lot of money

True story time, kids: On Friday, there was a power outage in my apartment complex and when it was restored a few hours later, my PC refused to boot. I’m hoping it’s just the PSU that’s blown but my suspicions are that my motherboard is fried (yes, I had it plugged into a surge protector power strip for all the good that apparently did). So it looks like I’m in the market for a new desktop. Still, I don’t think I’ll be plumping for one of these 4K rigs from Origin PC.

Now that’s mainly because I’m flat broke right now, rather than the value proposition offered by the three builds you can buy, each one coming with at least one NVIDIA GeForce GTX Titan Z graphics card built in. The top-of-the-line model has two of these monsters which seems a bit overkill to me. Basically, you’d buy this model if you had a) more money than sense and b) the desire to make sure your PC was future proof for ooooo… the next 10 years or something.

Me? I’ll continue to scrimp and save (and fill out those lottery tickets).