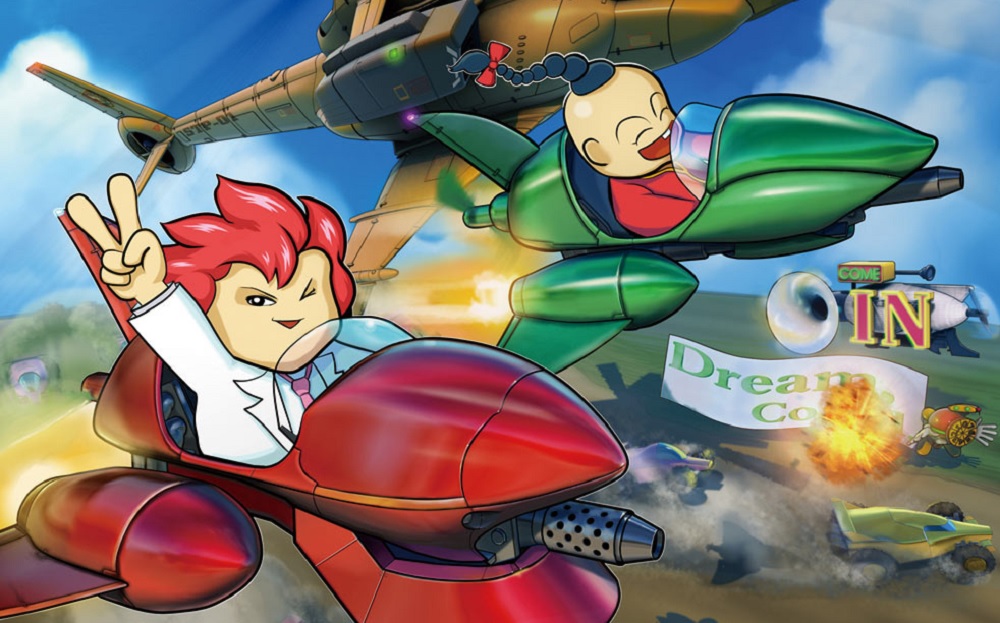 If you fancy something a lil’ cute ‘n’ weird for your retro fix this week, then you’re in luck, as Hamster has reached into the Namco back catalog and pulled out one of the developer’s few horizontally scrolling shmups, the totes adorbs Ordyne, now available on PS4 and Nintendo Switch.

Released to Japanese arcades in 1988 and capitalizing on the high-color, high-goofball attraction of Konami’s Parodius, Ordyne sees a highly intelligent professor, Dr. Tomari, take to the skies in order to rescue his kidnapped sweetheart Kana, who has been abducted by his rival, Dr. Kubata. Accompanying the good Doctor on his quest is loyal sidekick Sunday Chin. SUNDAY CHIN. What follows is action exceptionally similar to Gradius/Parodius, with familiar enemy patterns, pacing, and power-ups. Still, the Konami titles are sound examples of the genre, and thus, so is Ordyne.

Check out the colorful action in the video below, courtesy of YouTuber Were1974.

As they battle through each stage, Tomari and Chin can gather crystals mid-flight, to be spent at a series of anti-gravity stores, run by a typical doe-eyed anime gal. Much like Sega’s Fantasy Zone, our heroes can then purchase speed boosts, extra lives, shields, and many other items in order to give the duo the edge in battle. Oddly, the weapons are time-limited, meaning that you’ll only maintain that edge for so long before returning to your default form. What kinda shop offers that service?

Ordyne would eventually receive a port on the PC Engine — a form that would eventually see the game head west for the first time ever. It hasn’t featured on all that many Namco compilations over the years, so remains something of an oddity even today. If you’d like to get your wings on in on a bright-eyed rescue mission, then Ordyne is available to download now on PS4 and Switch, priced at around $8.