I didn’t realize how much I missed Orcs Must Die, to the point that even though Orcs Must Die 3 is more or less the same trap-setting third-person action experience as 2012’s Orcs Must Die 2, I’m having a ball. I didn’t need to burn through the main campaign in a single weekend, but I did. Happily. And I’ve got immediate plans to go back in there to mop up some missing skulls (the game’s ranking system) and face the hardest difficulty, Rift Lord.

Chris reviewed the original Stadia release of Orcs Must Die 3 last year, so I’m here with some port impressions, rather than a full rundown. The game’s on Steam, PS4, Xbox One, and Xbox Series X/S, with a native PS5 version launching later in 2021. Yay, options!

I checked out the PS4 version of Orcs Must Die 3 on a PS4 Pro and also on my PS5. Quick aside — this is going to sound like a backhanded compliment, but low key, one of my favorite things about having a PlayStation 5 is simply being able to bounce back and forth between playing PS4 titles on the two systems depending on which TV is free. Anywho. 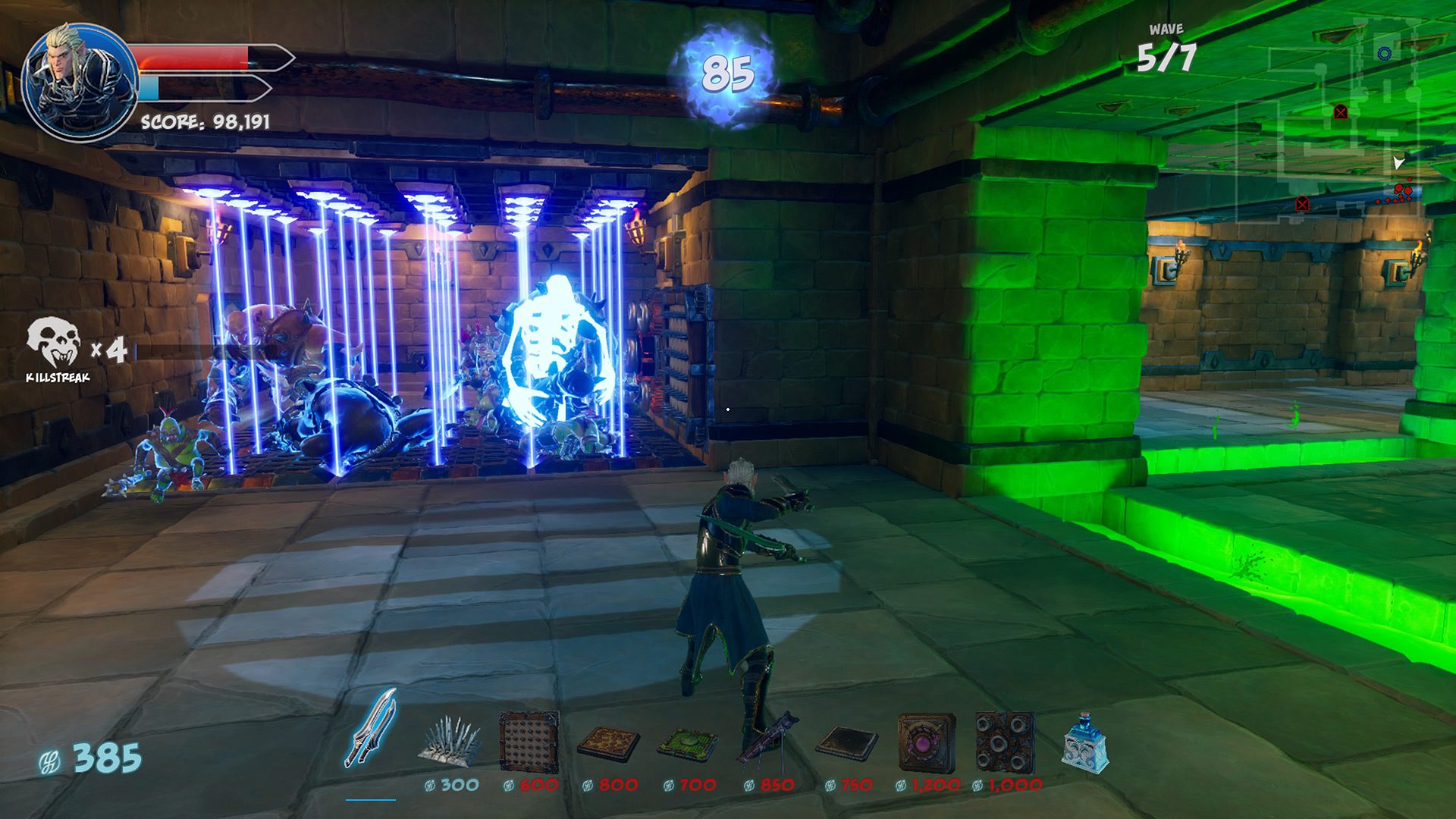 Here’s what the PS4 version looks like — I have to admit, it’s tricky to take good, readable screenshots. Performance-wise, Orcs Must Die 3 was mostly stable on my PS4 Pro, with a few noticeable dips in certain modes; several levels, like the War Scenario stages, are much larger than others. The frame rate is a step up on PS5, as you’d hope, though I’m hoping to see even more gains in the native PS5 version. I also had a temporary (known-by-the-devs) issue where the graphics were clearly washed out due to an HDR snafu.

Visually, Orcs Must Die 3 didn’t blow me away, not that I expected it to. It looks decent! It runs fine. And that’s perfectly okay with me. I’d say the PC version is the ideal way to play the game, both in terms of mouse+keyboard precision (headshots can really matter) and a smoother frame rate. That said, Robot Entertainment has some technical updates to work through first, so consider keeping tabs before you make the call to buy it.

As you can see, I am a big fan of the Ceiling Laser. Even if it’s kind of a boring choice to just stack a bunch of them together in a big array, there’s something fantastic about watching hordes march through way too many laser beams as their health bars slowly but surely fade away. Throw in a few Tar Traps to slow them down, a high-impact Arrow Wall, and maybe an Acid Geyser or Brimstone tile, and you’ve got a nice little killing machine.

Whenever I play Orcs Must Die 3, I get the feeling that I’m playing suboptimally — that I’m relying on too few of the dozens of available traps — and I should break out of my comfort zone. I have the thought, then it quickly dissipates. I’m having fun on my own terms, and if it works, it works. I’ll adapt when I have to. Plus I’ve got to upgrade all of the traps I own before buying new ones. Why? Isn’t that inefficient? No further questions. 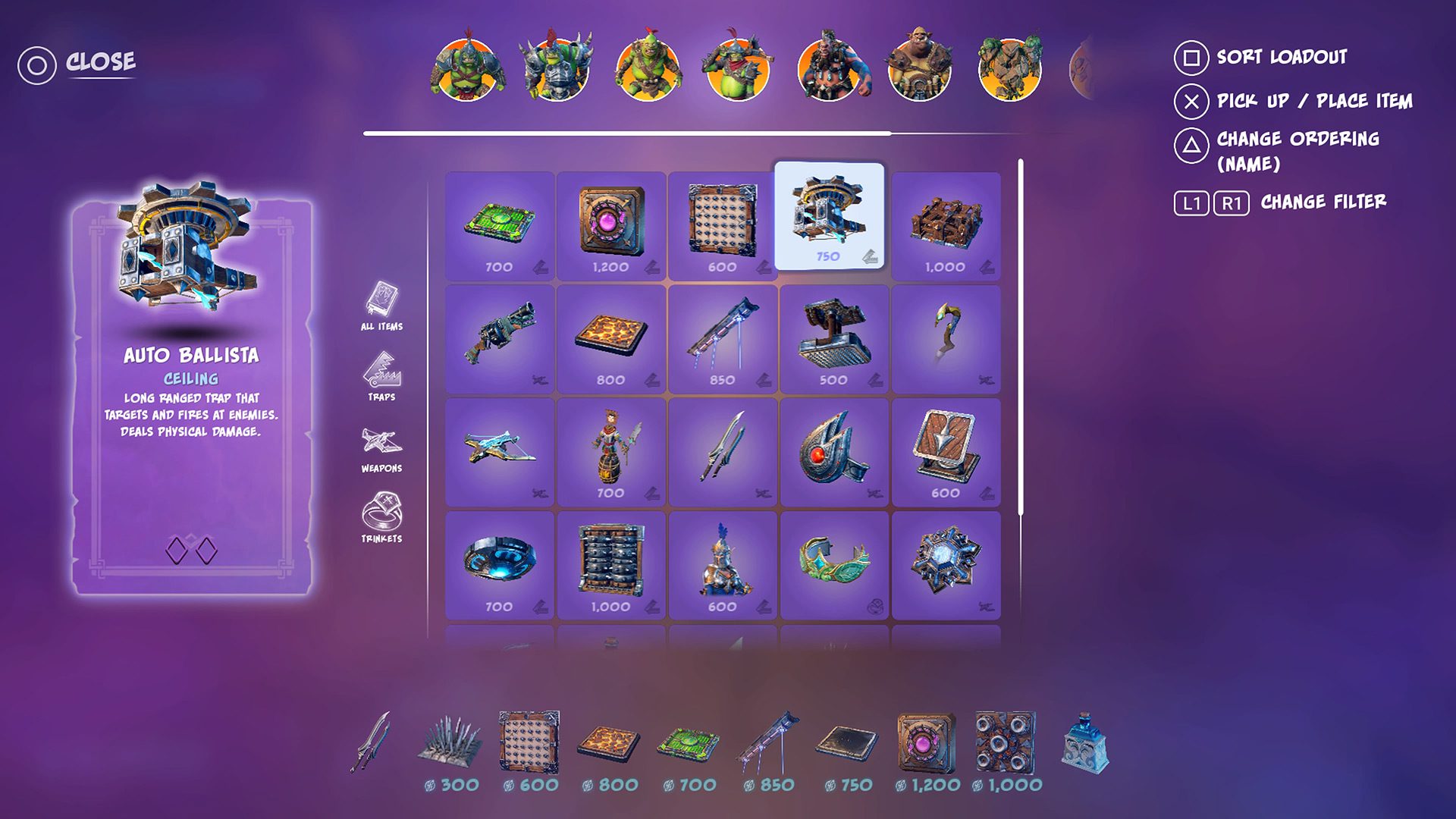 Rather than spend much time on the story, which exists enough to keep levels feeling coherent but doesn’t take itself too seriously or reach for the stars, Orcs Must Die 3 puts most of its energy into the core gameplay. It’s just taxing enough for me with the middle of three difficulties; I win most of the time, but it’s also not a foregone conclusion.

As before, trapping is the focus and really the whole appeal — there’s shooting, piercing, crushing, flinging, zapping, burning, and generally obliterating orcs and other beasts. All the while, you can run around with a melee or ranged weapon to clean up stragglers. The combat doesn’t feel great, and I wish it was more satisfying, but that’s not the main draw.

There are moments where nothing can get through my synergized “kill box” setup, and they rule. But you’ve got to constantly refine your trap layouts or else everything might come crumbling down, especially in the Endless mode and in Scramble, an escalating challenge with buffs and debuffs to weigh in between levels. The latter is a highlight. 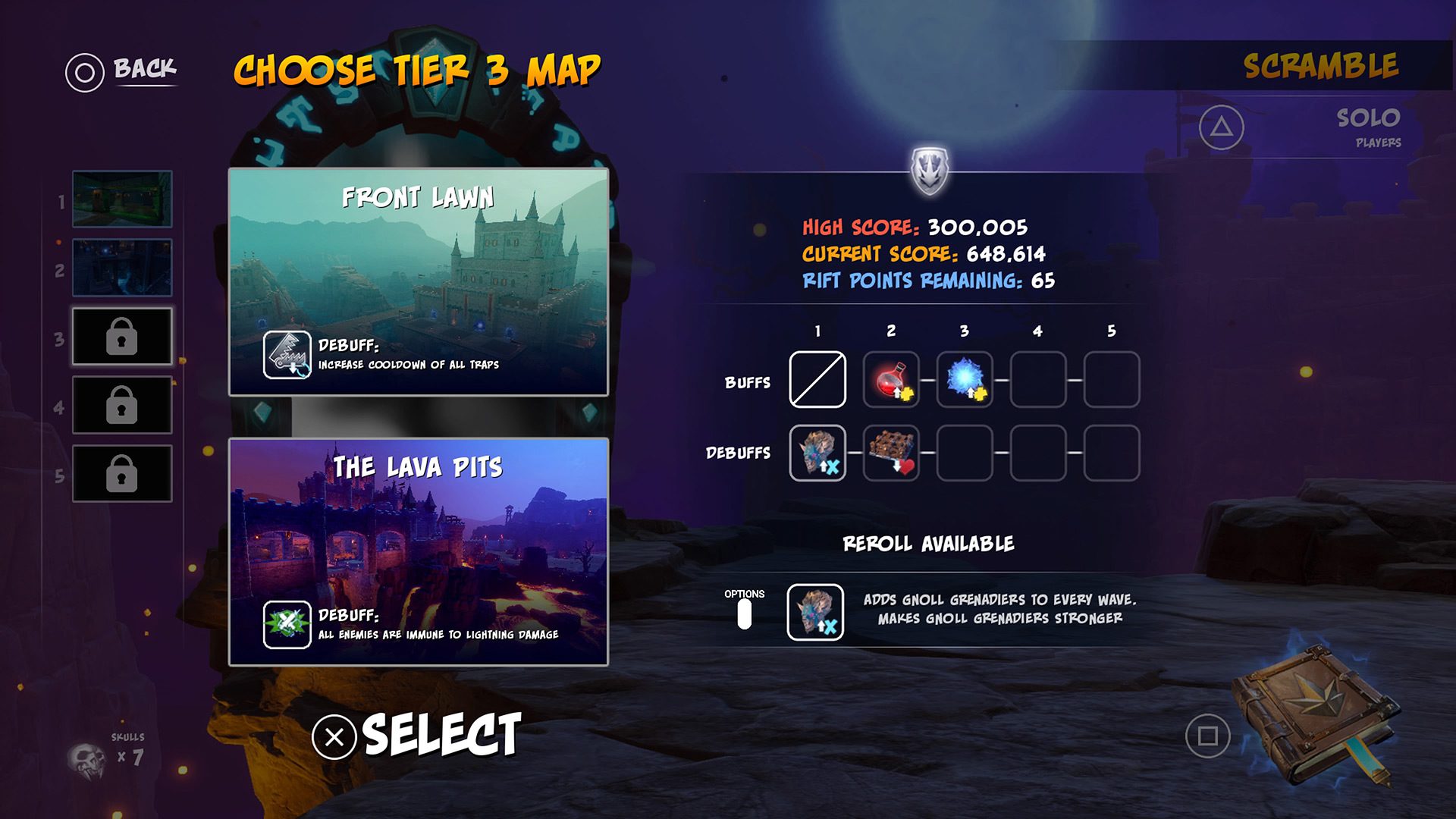 Like I said, I still have campaign skulls to earn (for reference: there’s an 18-mission main story and a much-shorter Drastic Steps bonus campaign). When that business is wrapped up, though, I’m going to focus on Scramble — it’s the real test. Unlike Endless mode, which is fun in moderation but comes with serious diminishing returns, Scramble starts chaotically and never really lets up. There are five maps to clear. Before each of them, you’ll choose a debuff, like less effective barriers or gnoll grenadiers rushing you down every wave, and you’ll come out the other side to select a buff, like double HP or combo-facilitating boons. It’s a fast, focused mode that requires adaptability. I dig it.

On the less-than-ideal front, I didn’t feel as strong of a connection to the playable heroes (or their unique traits) this time around, and some of the maps could’ve been more outside the box. I recognize that “creative” maps in a tower defense game can translate to “pain-in-the-ass gimmicks” that aren’t fun on replays, but my point stands. I also would have loved split-screen co-op support; it’s online-only, and I wasn’t able to test it.

Orcs Must Die 3 doesn’t take big risks, which I’m okay with as a fan of the first two games who hasn’t gone back to play either of them in years. If I had, maybe I’d want more zesty shakeups, but as it stands, this game is scratching a very particular itch. It’s a tough but not too demanding challenge to try and mentally cut through and pull off.

If you’re the type of person who finds a sort of cozy joy in watching well-oiled trap setups do their thing, you’re gonna click with Orcs Must Die 3.