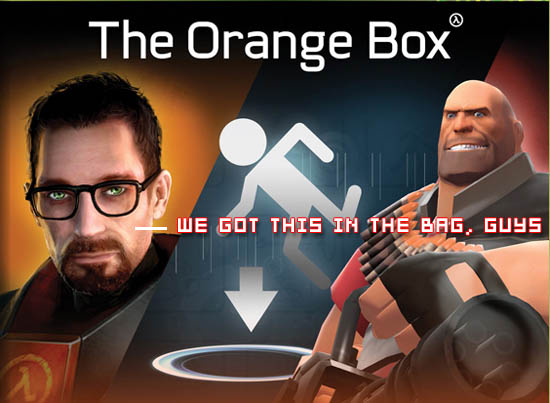 It’s still early, but Valve’s bargain-of-the-year bundle The Orange Box looks like it could overtake two of the highest rated games ever on Metacritic: Halo 3 and BioShock.

The Xbox 360 version of The Orange Box (containing of the full versions of Half-Life 2 and Episodes One and Two, Team Fortress 2, and Portal) is currently ranked with a metascore of 98 out of 100 on Metacritic, topping Halo 3’s 94 and BioShock’s 96.

The only game currently topping The Orange Box on Metacritic is The Legend of Zelda: Ocarina of Time, coming in at a 99 out of 100.