Moments before breathing his last breath, my grand peppers said to me, “Jed, there is nothing in this world that is free and one day you’ll realize that your time is what is valuable.” He was right. I’ve let him down by wasting so much of it playing Lost Reavers, the multiplayer free-to-play title available exclusive on the Wii U’s eShop.

Sometimes free-to-play games are done really well and end up garnering a large fan base and equally large amounts of revenue. Games like Hearthstone, League of Legends, Dota 2, and others are great examples of this in action. Lost Reavers, on the other hand, is one of the worst free-to-play games I’ve ever played in my life — but not because of microtransactions.

Playing as one of four characters with their own individual style of play, you’ll be forced to repetitively grind away in a couple of locations, and I do mean “a couple of locations.” If you tried the beta, you’ve already seen both locations available: a dreary warehouse, or an Egyptian crypt.

For at least the first two hours, you’ll play literally the same two levels over and over, farming experience points to hit level 10 at which point you unlock harder versions of the levels. After a couple more hours, you’ll be level 15. Then you can play slightly modified versions of those two levels with more enemies and a boss at the end that can kill you in one hit, even while you’re at full health.

As I played online with randoms, trying not to fall asleep from boredom, I found a group of three other players to stick with me. We all hit level 15 at the same time and decided to tackle the newly-unlocked stages. The moment we got back to the lobby after the boss killed each of us with one hit, they all quickly exited the lobby. I can only assume they rage quit. The grind up to this point wasn’t fun, but we had all done it in hopes of finding something better, some morsel of enjoyable gameplay in this shit sandwich. Nope, just a shit sandwich. 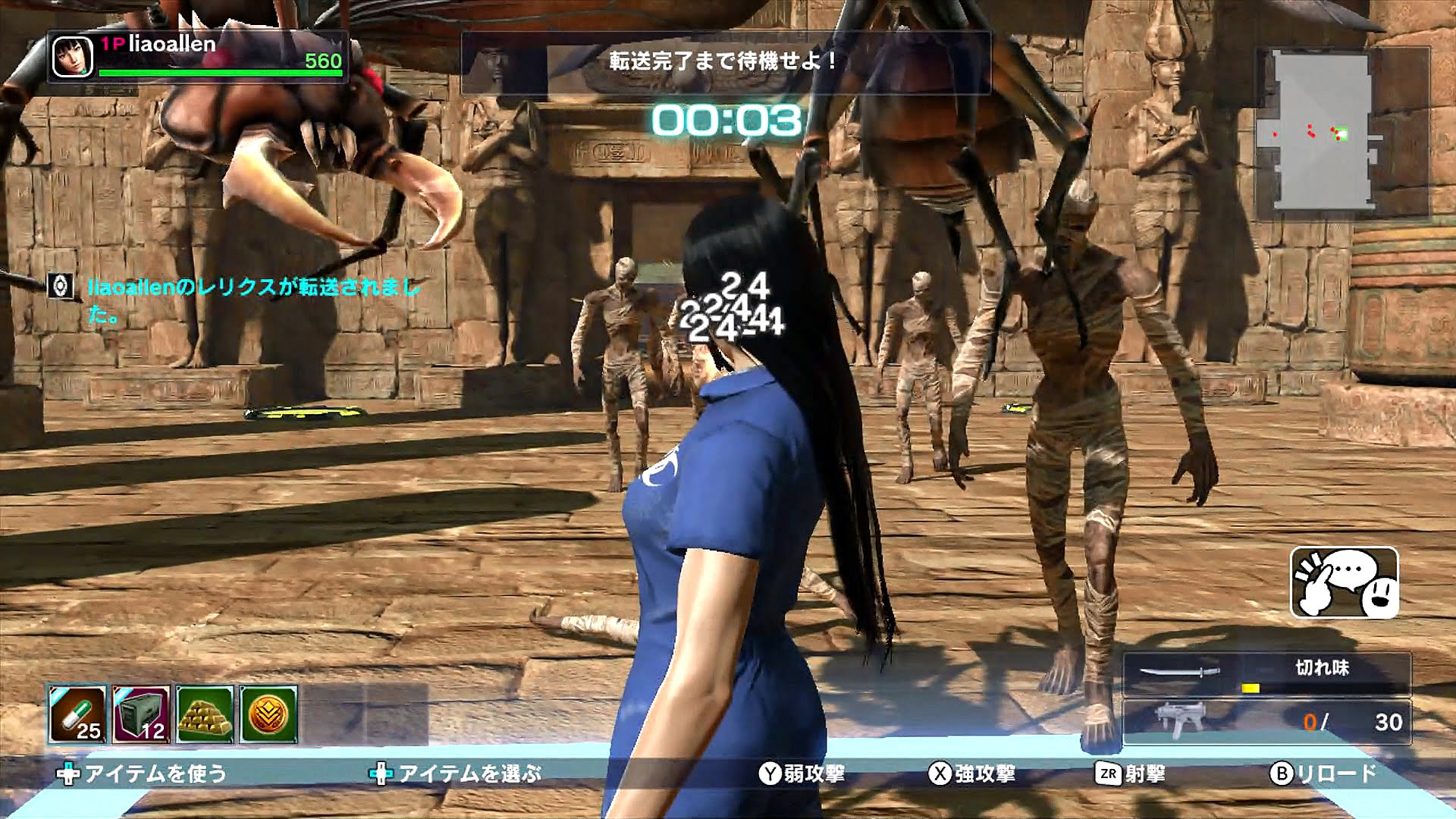 The basic gameplay is clunky. While I appreciate the diverse cast, they lack personalities, aside from the blond girl who runs with her arms behind her and her tits thrusting forward for extra cleavage visibility. What a personality. Two of the characters only use guns — one in third-person, the other in either first- or third-person — while the others are melee or a mix of melee and ranged. The characters with guns control nearly the same with slow, awkward aiming that seems to go different speeds randomly, making lining up shots a chore.

Bullets are not infinite, and can be purchased with real money, though you do start every level with a full clip. Otherwise, microtransactions range from health packs to consumables that slowly unlock new guns, but I don’t understand who would spend money on this game. It is so boring that it would essentially be throwing money in a fire to keep it burning hours after you started staring at it.

If there is an end-game to Lost Reavers, I didn’t and won’t be seeing it, and I can’t suggest anyone else attempt to, either, except for the most extreme masochists out there. Now that this is over, I can finally have time to play Star Fox Zero. It has to feel like a shiny golden god next to this pile of garbage.