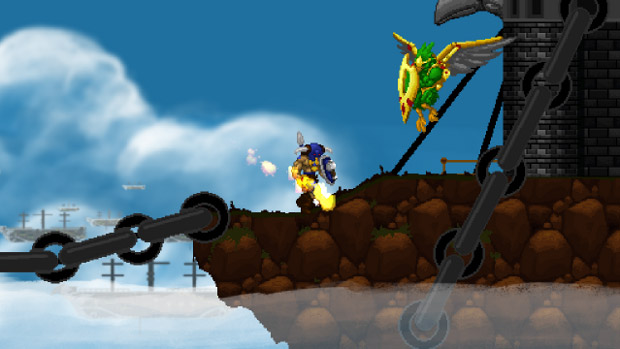 The developers take to Twitter to talk honestly about piracy

Volgarr the Viking is a hardcore-focused throwback to classic 2D action titles of the past. Released last month, it has already pleased many gamers looking for a challenge. After a successful Kickstarter and getting picked up by Adult Swim Games, the developers at Crazy Viking Studios were keen to get the game into the hands of players. Unfortunately, it seems a high number of them have opted to acquire Volgarr through piracy.

Recently, the developers took to Twitter to comment on their current situation and how big of a bite piracy has taken out of their sales. “About 4% of the people playing Volgarr paid for it. That’s why those that purchased it are super important to us, you keep the dream alive!”

The guys at Crazy Viking Studios took more time answering questions on Twitter, adding that the download numbers on torrent sites far exceed their actual sales. While the developers seem confident that the game will continue to sell, they’re relying on fans and other like-minded gamers to do their part. Though piracy is a very common issue for games, it’s especially troubling to see a successful Kickstarter title (funded by fans) suffer as a result.

Volgarr the Viking is available now on the developer’s official web site, on GOG.com free of DRM, and also on Steam.