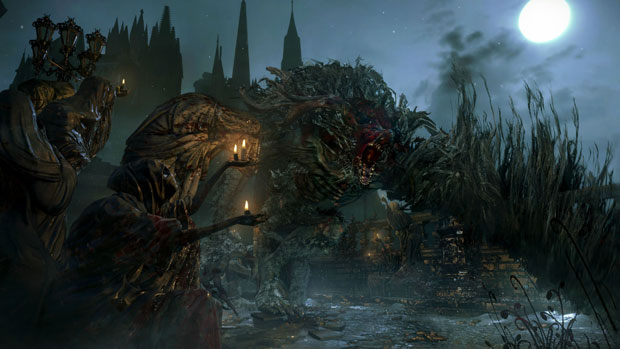 Leading into Tokyo Game Show, Bloodborne producer Masaaki Yamagiwa issued a challenge of sorts to players hoping to best the demo. He and Sony marketing manager Yasuhiro Kitao have since shared the results, as reported by DualShockers, and they’re not great.

20 people at PAX Prime out of a staggering 3,500 successfully took down the howling Cleric Beast, while approximately 40 TGS attendees out of 1,250 slayed the boss.

The demo was hard, don’t get me wrong, but not that hard — or so I thought. A few well-timed molotovs could be used to bring down entire groups of foes and it was possible to run past the intimidating werewolves. Also, lots of healing items lurking about.

Frankly, one of the biggest hurdles was the lack of familiarity with the controls. While the boss hit hard, it was so large that you could stay right underneath it and be relatively free from harm.

Bloodborne’s Challenging Demo on PS4 Cleared by Only 20 People at PAX, About 40 at Tokyo Game Show [DualShockers]