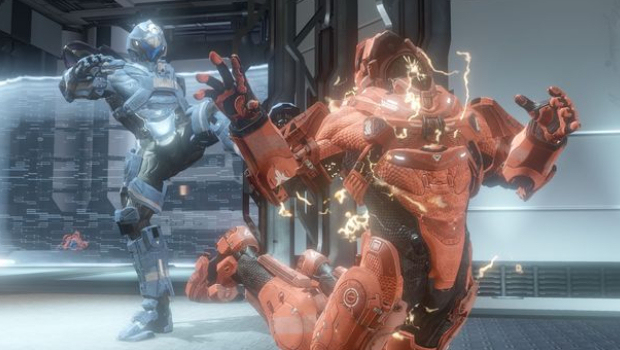 No Doritos for sexists

The Halo series has a reputation for hosting some, let’s say, “spirited” language from its millions of players, as trash talk and associated slurs have become a big part of the experience.

343 Industries, however, isn’t particularly fond of some of these slurs, especially ones aimed at women. From now on, dishing out the sexism will earn the aggressor a lifetime ban from Halo 4.

“I’ve seen many of the sites that have documented some of the more gender-specific slanderous comments,” studio head Bonnie Ross told GameSpot. “This is behavior that is offensive and completely unacceptable. I’d like to think most of our Xbox Live players don’t support this kind of behavior.”

Executive producer Kiki Wolfkill added that giving adolescents a way to broadcast opinions anonymously can be “dangerous,” and that the nasty side of the teenage mind will manifest itself in such an environment.

Apparently, Microsoft does its best to seek out and ban anybody caught sharing particularly vile slurs — a noble goal, but potentially damning when one considers that Xbox Live is still considered a cesspit of sexist and homophobic harassment.

Still, one thing I believe worth addressing is the stereotype that it’s just “adolescents” who are being jerks online. Unfortunately, there are plenty of full-grown adults who get their jollies by going into online games and being nasty, or who attempt to bully others because of perceived differences.

Let’s not limit this to the idea of it being all kids. That provides an excuse behavior that plenty of adults are indulging in.