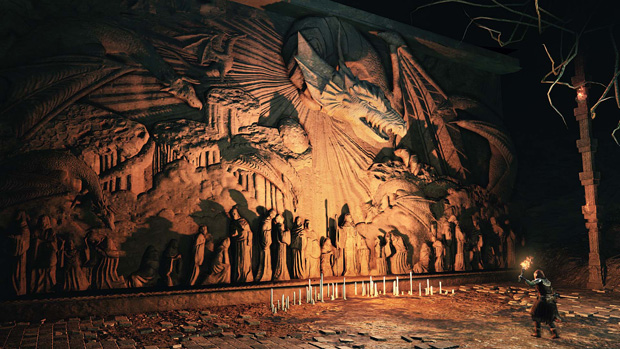 The last batch of images for Crown of the Sunken King left me anticipating this Dark Souls II DLC which is, oh good, only a week off. There’s more where that came from.

Using an item acquired in the DLC, players will reach the new area by way of Black Gulch. Hate that trap-filled place, but so be it.

Crown of the Sunken King is the first of three planned releases for the game. The second and third packs will arrive on August 26 and September 24, respectively. I’m torn between getting this stuff on consoles, where my save files are, or starting anew on PC for the better experience.