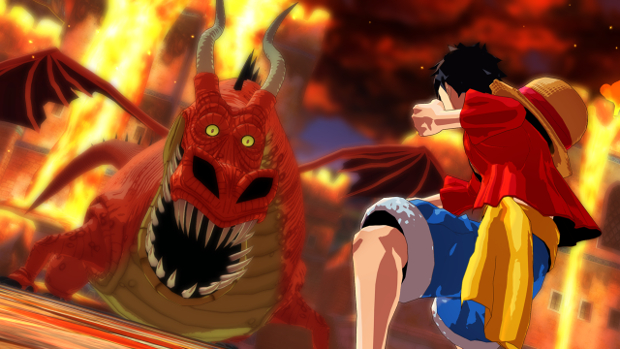 And why it’s original

Bandai Namco producer Koji Nakajima spoke to Siliconera recently about One Piece Unlimited World Red, specifically in regards to the story, and how it features an original tale rather than one drawn from the various arcs in the anime.

Nakajima states, “Being able to relive the One Piece storyline is exciting from a fan’s perspective. However, we also want to expand on the One Piece universe and explore side stories. Every year, when we make a One Piece game we decide what we should focus on, a certain arc or something new. Ganbarion wrote the story for Red. The new characters for this game, Pato and Yadoya, were made by the series creator, Eiichiro Oda. We work very closely with Toei Animation and Shueisha to make sure everything we write stays in line with the One Piece universe.”

He also wanted to focus on what pirate life is within the confines of the One Piece universe, so adventure elements were accentuated, as was fishing and combat, which is augmented by a coliseum mode and giant boss fights. Sadly, they don’t have plans to bring over One Piece Unlimited Cruise or extend the Pirate Warriors series, but “if fans are interested,” he will look into it.

Nakajima also teases a fighting game that isn’t official in any capacity, but as something he would want to personally create.

Why One Piece Unlimited World Red Has An Original Story [Siliconera]