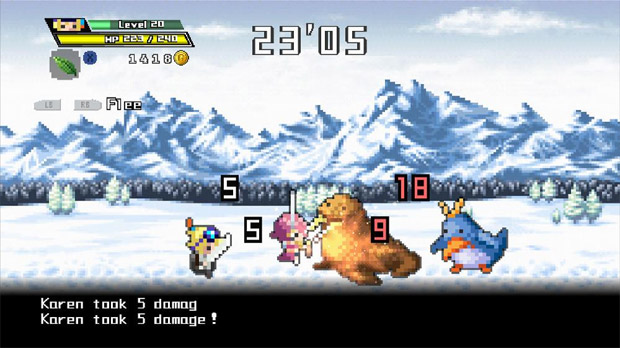 In a rather odd move, Xbox Live Arcade has been updated with four new releases this week. I guess they’re clearing out the queue in preparation for the Summer of Arcade later this month? Sure, let’s go with that.

The original PSP installment of Half-Minute Hero made the device worth owning for me. Throwing it up on a console with tweaks and an (optional) new art style for $10? Smart. I’ve also heard promising words about Backbreaker: Vengeance — from Chad, no less. Weird week we’ve got here.