[Dtoid community blogger Char Aznable takes us on a journey to 2008 when something unique and wonderful happened on Destructoid. Stay awhile and listen! –Occams Electric Toothbrush]

I want to share a cool part of Destructoid history with you, something that many newer people have never seen before. Let’s flash back to 2008, shall we?

Six years ago, young(er) Char Aznable was… well, he was in the same job, doing the same stuff. He was super into Fallout 3 for a while there. He was a mere lurker at Destructoid during that time, on the outside looking in. He found a special thing, though: a funny, subversive, tight-knit community that also made plenty of stupid dick jokes. This spirit was exemplified by the Destructoid Cards, a project undertaken by a very cool community member named The GHost. (Yes, the ‘H’ is capitalized. I don’t know, just do it, alright? Respect your Internet Elders.) 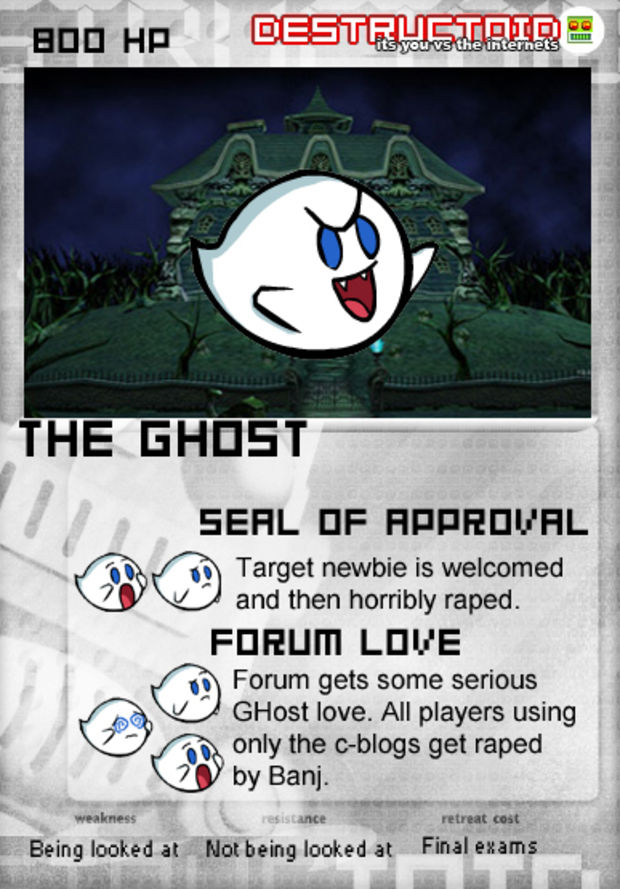 A user named Atheistium started the whole thing in the Forums, where all manner of weird and unseemly things lurk beneath the floorboards of the Front Page. After this died down, The GHost picked up the ball and ran with it in this first blog. He started taking requests, and soon this thing snowballed and dozens of community members had awesome cards of their own.

I’ll let the man himself tell the complete story in his recap blog here, which links to every single card he made and includes a heartfelt note to the community. Even better, all of the original comments at the bottom have been preserved in amber, like so many dinosaur-DNA-infused-mosquitoes.

Do yourself a favor and read through those old comments to see many unfamiliar names lost to the sands of time. If you’re too lazy to click a link and read for five minutes, just scroll down a bit to the end of this here blog and see some of the cool cards. Ya jerk.

I’m not sure what became of The GHost. It looks like his last comment here was three years ago. I thought I remembered him working as a doctor in Africa, but older and wiser community members can speak about that in the comments. I never knew the guy personally, and most likely interacted with him on Dtoid only a handful of times. I just thought he was a cool guy from afar, and appreciated his huge contribution to the community. If any old-timers know him, send him a shoutout for me. People like The GHost are what Dtoid was founded on, so we should take a minute to look back on our history.

The site’s 8th Anniversary is currently upon us (see the Forums for more info). Let’s reflect on what the community once was and what we want it to be in the future. Also, cocks.

Here’s a taste of the cards: 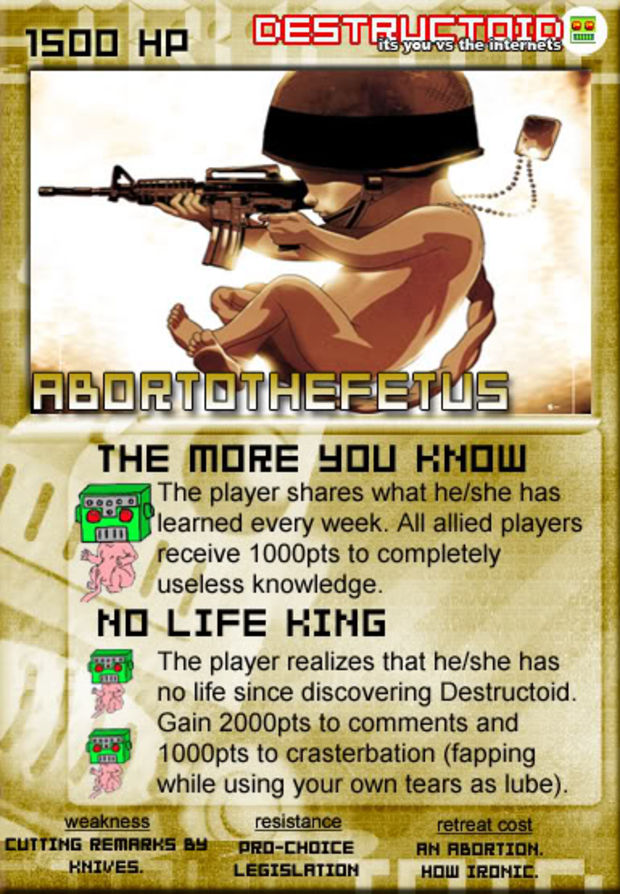 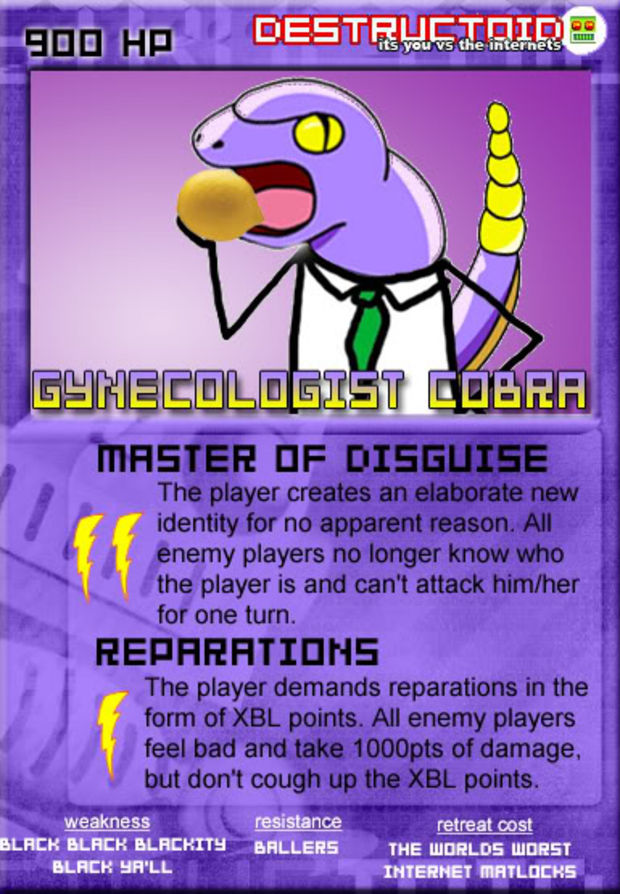 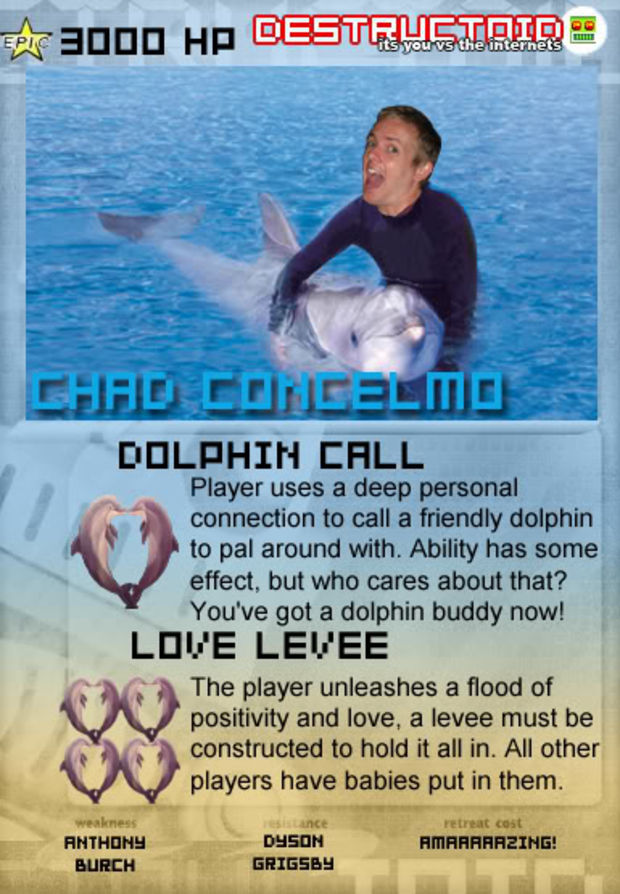 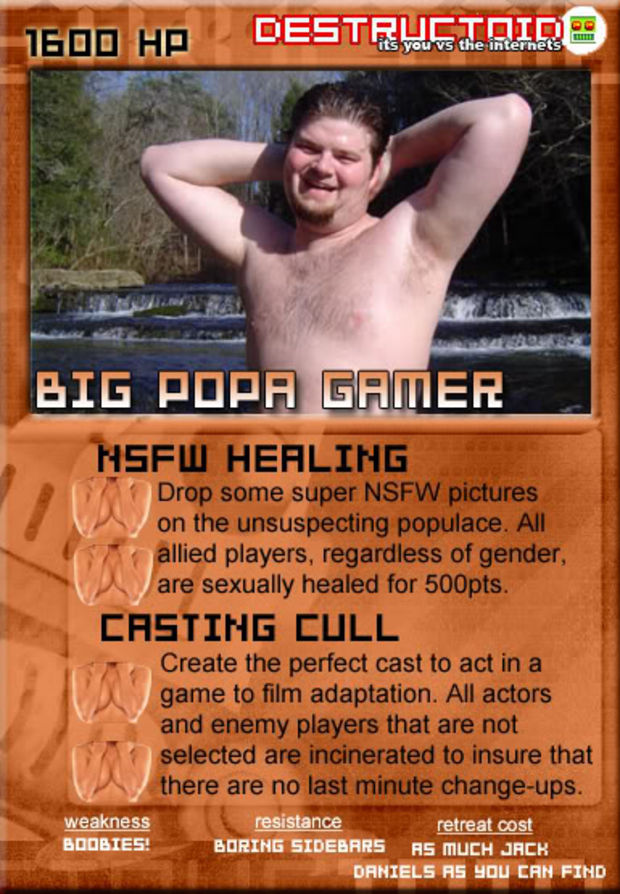 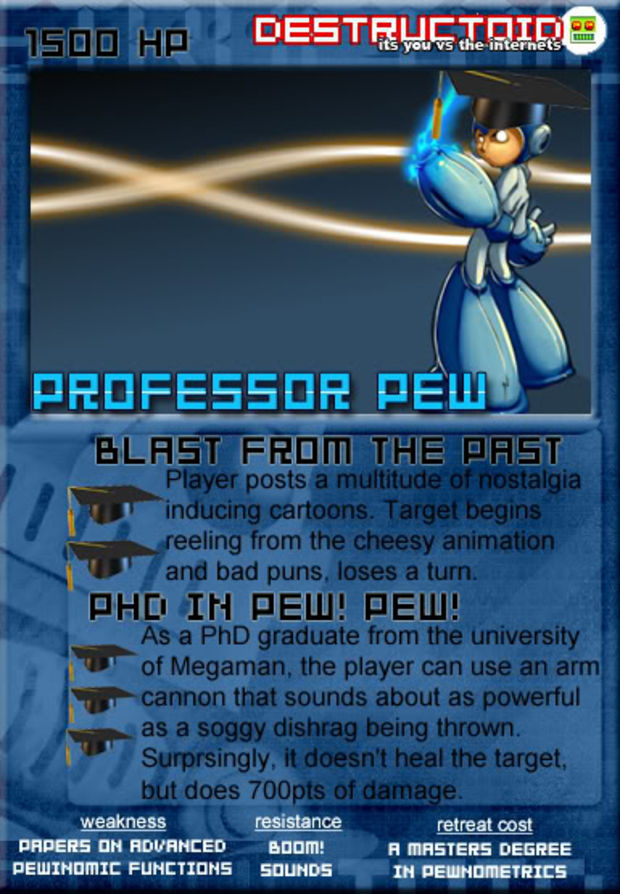 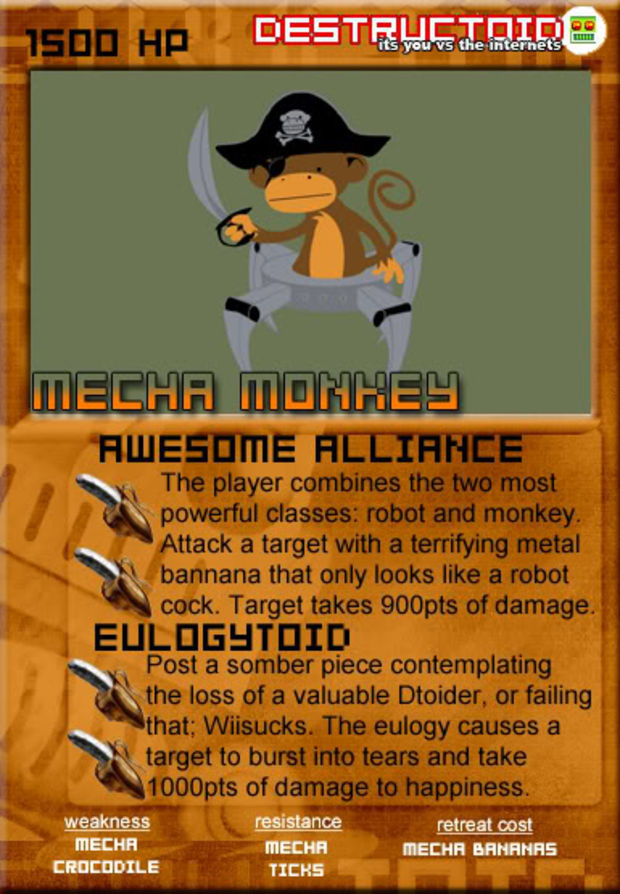 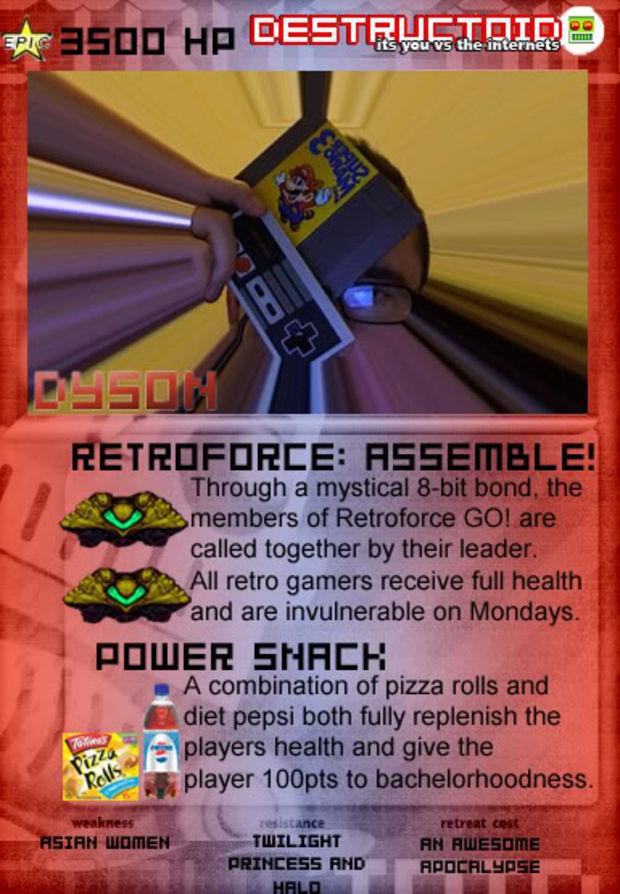 How cool is this stuff? Check the links to The GHost’s blogs to see more. I don’t mean to take credit for his hard work done years ago, but I just wanted to shine a light on a fun, forgotten part of Dtoid lore.

[Hey! Listen! Community member Everyday Legend has gotten the ball rolling on a second series of cards, and Luna Sy has been knocking them out at the speed of light. Check out this thread in the Forums for more info! –Andy]