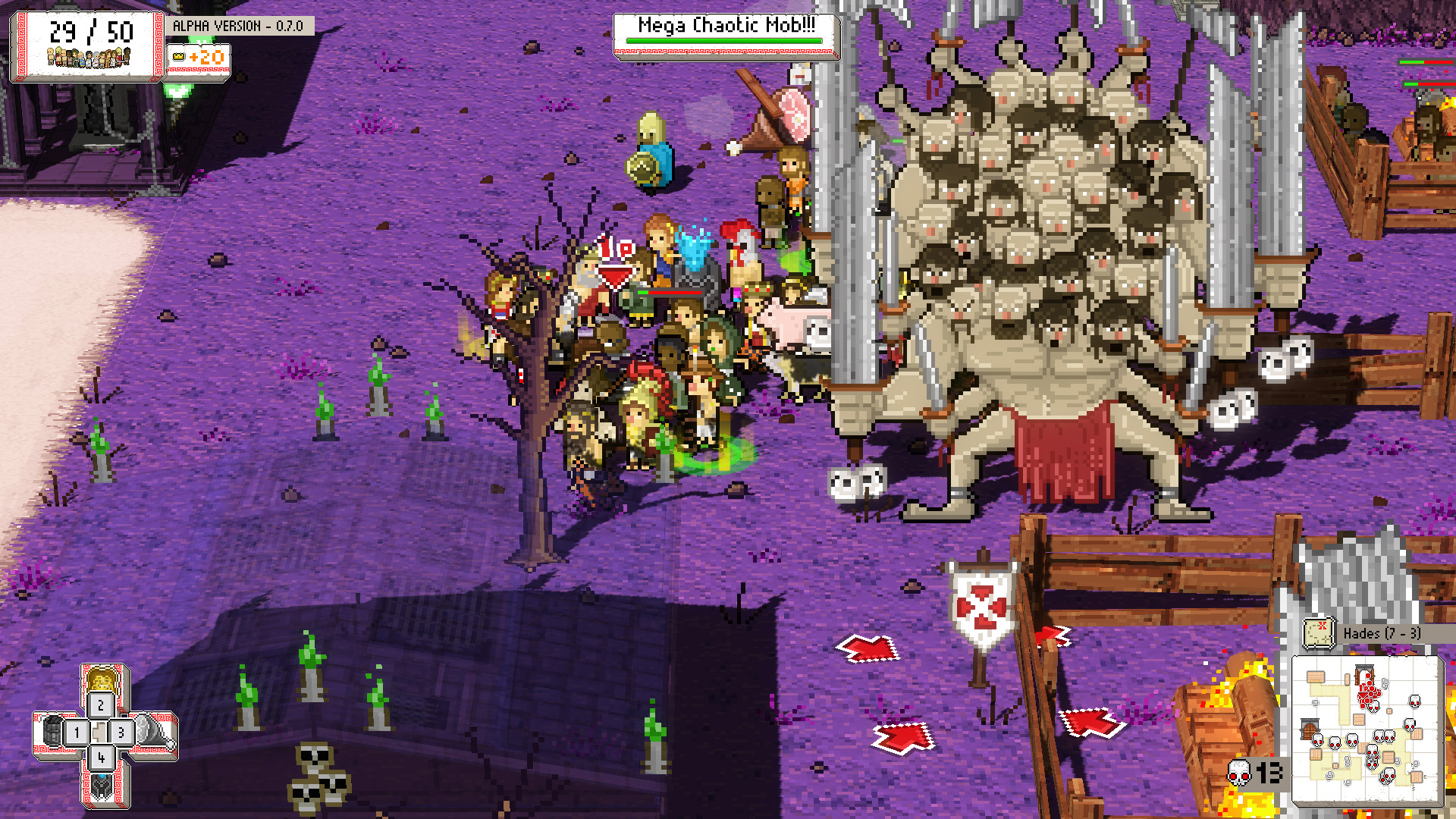 Coming to Steam on August 18

Okhlos from Coffee Powered Machine is the next wacky and wild game out of indie publisher Devolver Digital. Have you heard about it yet? You should hear about it. How does right now work?

In theory, it’s a game that fundamentally gets me. Playing as a mob-commanding philosopher, you roam across ancient Greece, loosely controlling a raging rag-tag group of citizens, warriors, heroes, and animals to beat the crap outta the gods and anything that gets in the way (and also things that were totally just minding their own business, you big jerk). There are shades of Katarami Damacy and Half-Minute Hero, with snowballing chaos and a frenetic pace. A winning combo, right?

After spending time with the game’s first few levels in a preview build, I was feeling some but not all of its vibes. Okhlos has a fun sense of humor about it, and I love seeing the team’s weirder, more out-there alt takes on iconic mythological figures in this pixel art style. Punching away at three-dimensional buildings until they explode into tumbling chunks of stone is quite joyful, I have to say.

But here’s the thing: once your philosopher (and backup philosophers) perish, that’s it — back to the beginning (potentially with new unlocks, like hero units, now accessible). Okhlos has procedurally-generated levels. While they mesh surprisingly well with its chaotic “kill everything!” nature, playing through the same themed stages en route to Zeus grows overly familiar before long.

This isn’t a particularly complicated or deep game — you avoid traps and projectiles, wail on bad guys, and occasionally use items like bombs or block incoming attacks. Sometimes, you’ll trade out certain mob members for named characters that grant stat bonuses for the whole gang.

Generally speaking, most of my rounds played out in a similar fashion. I’d inevitably lose track of my philosopher in the crowd (the two are controlled independently — the former on keyboard, and the latter on mouse) and take one too many hits from a pack of satyrs or a boulder-slinging cyclops.

One time, I fought the head-sprouting hydra in an arena and somehow managed to keep my commander alive but lose every last soul in my mob. While boss encounters like that or run-ins with evil, no-good merpeople had me eager to see more of this silly game, I struggled to find the motivation to keep going back through those early stages for a chance at progressing further.

That said, I still like Okhlos fine. And I’m curious to see how the full game looks in a few weeks, once it’s out on Steam. It’s just not quite what I was hoping for, structurally, and that’s a bit of a bummer.

[This impressions piece is based on a preview build of the game provided by the publisher.]