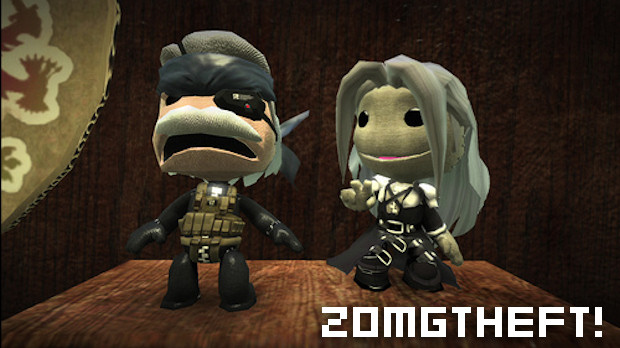 Today, on what must obviously be an incredibly slow news day, Microsoft has come under fire for BLATANT THEFT, shamelessly stealing the music that was 100% totally invented for LittleBigPlanet. This incalculable controversy has swept up the gaming blogs in such a whirlwind of confusion that the videogame industry may never recover.

On a more serious note, Go Team’s “Get It Together” is a song that existed long before LittleBigPlanet came along, and has been a staple in commercials and television trailers for years. I had heard “Get It Together” long before LittleBigPlanet existed, as it’s been used to promote all sorts of things, at least in Britain. That Microsoft would use it for an advert may be a tiny bit notable for we hardcore gamers and fanboys looking to start a fight, but it’s not that big a deal.

If you’re going to kick up a fuss every time someone “copies” LittleBigPlanet over the use of its licensed, non-copyrighted music, you’ll be here for a very long time. LBP uses music that has been in all manner of commercials and TV shows. Most of its tunes are recognizable to me from other forms of entertainment. I’m guessing that’s why Media Molecule chose to use the tunes it did — they’ve long been established as good background tracks.

Nevertheless, people have been quick to call this “theft,” and get into arguments about it. Just check out the comments to the Youtube video of the commercial, contained after the jump.

I doubt that the chaps who put this MS ad together have even heard of LittleBigPlanet, let alone tried to rip the game off. Show me a Sackboy in an Xbox advert, and then we can talk.