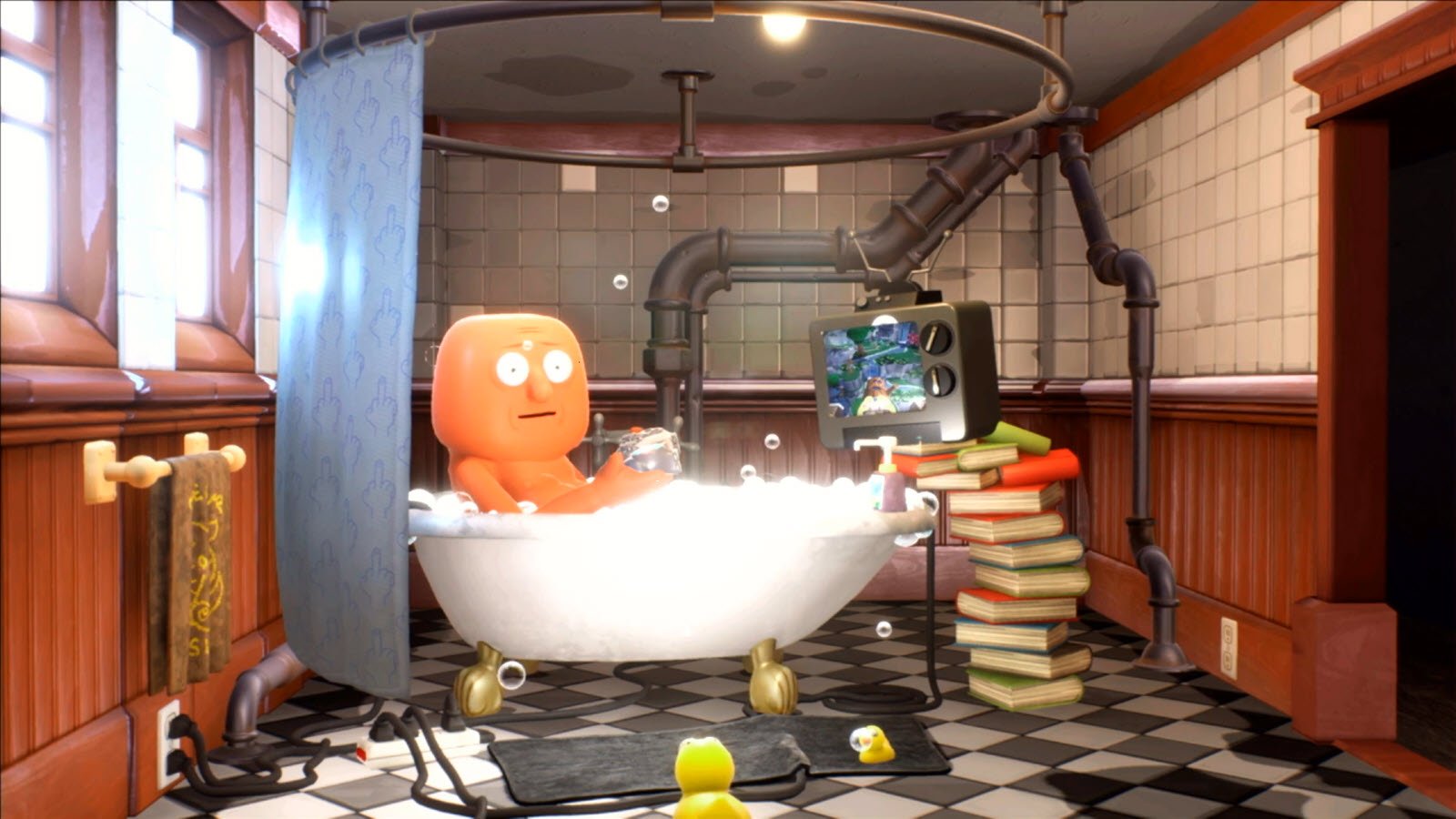 Bathtub guy (who’s always in his bathtub), was on hand to show off Squanch Games’ newest title, a 3D platformer called Trover Saves the Universe.

With colorful characters, PS VR support, jumping, uh, combat, and Justin Roiland’s sense of humor, the game sort of looks like one of those alternate-dimension TV shows from the episodes of Rick and Morty where everyone was just ad-libbing their lines.

It’s coming out soon-ish. The full trailer is below.