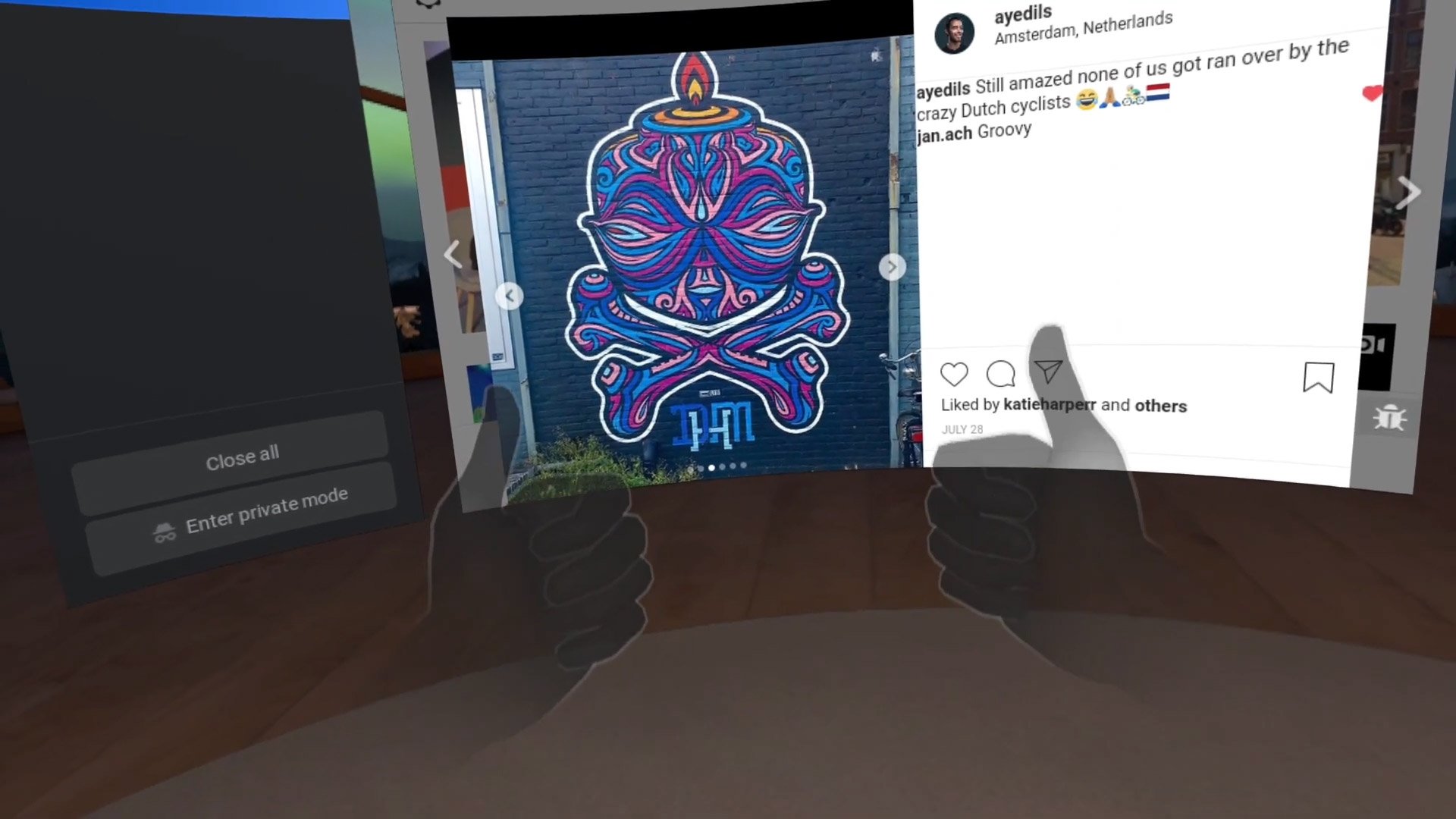 Turn it on in the Experimental Features menu

The Oculus Quest just got that much more enticing. With update v12, the standalone VR headset now has motion tracking – a taste of it, at least. The functionality is currently limited to “select first-party apps” (like the browser and Oculus TV) and the Home interfaces (like the Library and Store), but considering hand tracking wasn’t even supposed to launch until next year, it’s a nice early present.

Another handy feature? You can now change your floor height without a controller.

“Simply update your Quest software to v12 when it rolls out to you, then turn on hand tracking in the Experimental Features menu to be among the first to try it,” the company said in a blog post.

“To switch between your hands and Touch controllers, just use the new toggle switch in your Oculus Home menu,” Oculus continued. “And this is just the beginning. We’ll continue to add new features and functionality to improve the experience of hand tracking on Quest in 2020.”

Next week, the company will roll out a software development kit (SDK) to developers, so Oculus Quest owners can expect to see more hands-free interactions sooner than later. Some games are inherently going to demand controllers and the input methods they provide, but this is a big step for VR.

I can’t tell you how many virtual-reality games I’ve played where everything just would’ve flowed better if only I could’ve used my hands to interact with the world like I would in real life. It’s too late in the cycle for me to want to buy an Oculus Quest, but I’m excited about hand-tracking possibilities down the line. I mean, I’ll get another headset eventually. As for Oculus Rift and Rift S owners, you’re out of luck here.