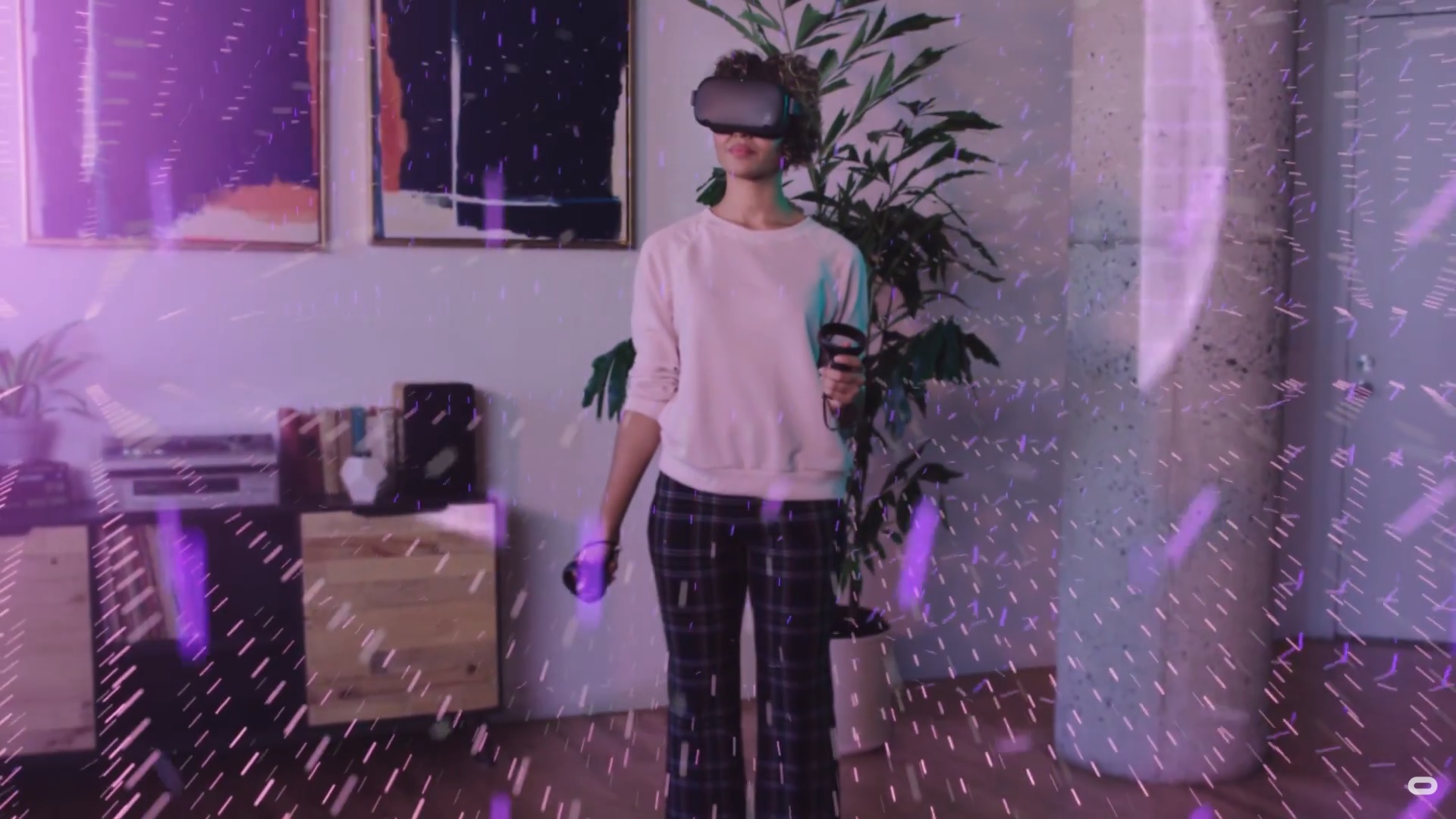 Last May, Oculus released the Oculus Go. It’s a $200 standalone headset that was designed to serve as a mid-range virtual reality solution. It’s more accessible than the high-end Oculus Rift which requires a capable computer and lots of space. But, it’s also higher quality than the truly cheap VR experiences like Gear VR. Go was meant to split the difference.

At today’s Oculus Connect 5 event in San Jose, Oculus unveiled a new product that builds on the Go’s concept. Oculus Quest is the upcoming standalone VR headset. It’s being billed as an “all-in-one VR gaming system,” and it’s the proper announcement of the codenamed Santa Cruz project that has been in the works for years.

Quest requires no external products to function. It’s all self-contained inside the actual headset. Internal specs haven’t been revealed yet, but Oculus says that resolution is 1600×1440 per eye. Quest will ship with Oculus Touch controllers and will feature six degrees of freedom. It’s expected to launch in spring 2019 at a baseline price of $400 for the 64GB model. Approximately 50 games will be supported at release.

Most important, Quest will be wireless and won’t require any sensors. Oculus has already learned that high barrier to entry is a proverbial brick wall for widespread adoption. If VR is going to truly take off, it needs to be as simple as slapping a headset on your face — no extra steps required. Go was a decent first step in that direction; Quest seems like a really great second step.