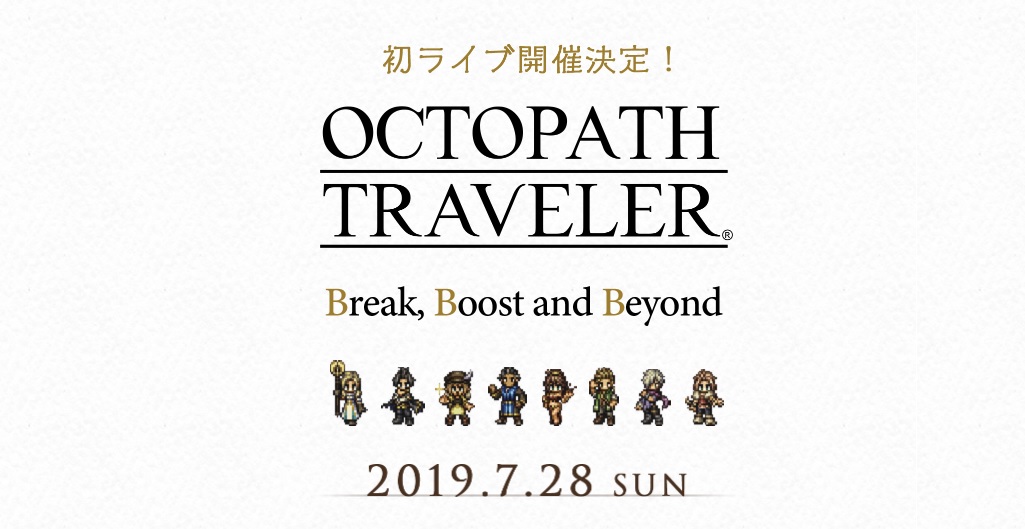 In July, in Japan

Octopath Traveler was a polarizing but mostly celebrated look at the JRPG genre under a modern lens, and still has plenty of life left in it. In addition to a prequel in development currently on mobile platforms, the music of the project has lived on in various forms, culminating in an upcoming concert that’s being hosted in Japan.

According to the event’s official website it’ll be held on July 28 of this year at the Olympus Hachioji Main Hall in Hachioji, Tokyo. The title card, which is in English, denotes that the concert is called “Break, Boost and Beyond,” a reference to both the combat systems of “breaks” and “boosts,” on top of the “Break & Boost” arrangement remix album.

In other Octo-news, it seems as if Octopath Traveler might be getting a PC version at some point in the future based on a Korean Ratings Board listing. As I noted when it happened, there’s a distinct possibility that Nintendo’s potential one-year exclusivity could run out in July, at which point an E3-announced PC port could slide in unfettered.