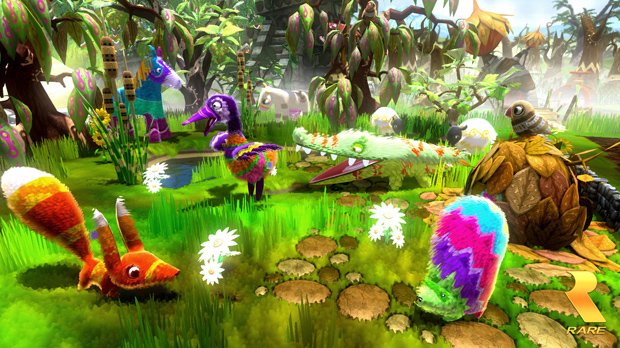 Two of my favorite Xbox 360 games will be free next month for Xbox Live Gold subscribers.

Viva Piñata: Trouble in Paradise is up first on Saturday, November 1. You’ll have through November 15 to download the adorable, kind of messed-up, addictive gardening game and then you can join the rest of us in wishing Rare would make another one. Oh, Rare.

Red Faction: Guerrilla will be available next, from November 16 – 30. It’s got some of the best destructible environments in any videogame. You can smash apart buildings bit by bit with your sledgehammer — or a mech, or black-hole bombs — and they’ll come crashing down. So fun.

Finally, there’s Volgarr the Viking, which will debut on Xbox One as a month-long freebie for Gold members. Fans of Rastan and hard-ass games in general will want to download this.