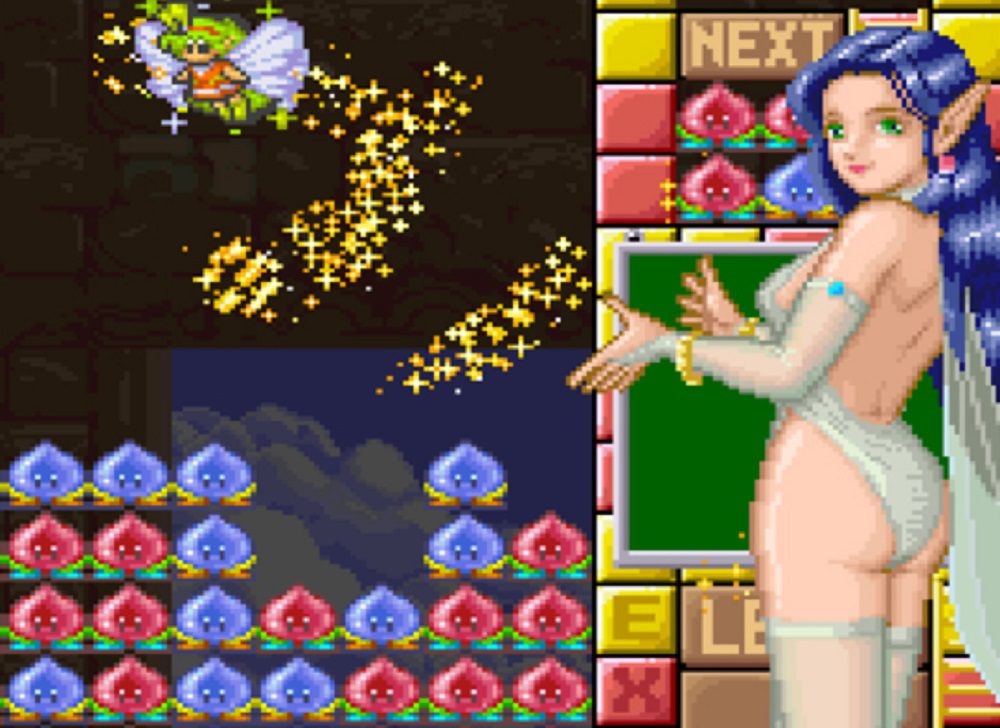 Jaleco’s take on the block-busting genre

Taking time out from the brawlers and shmups of recent weeks, the retro-gaming fans over at Hamster are hoping to exercise your little grey cells with the rerelease of Jaleco’s thoroughly obscure puzzler Soldam, now available to download on PS4 and Nintendo Switch.

Released to arcades in 1992, before sort of dropping off of the planet entirely, Soldam challenges players to match up the titular fruits by color, as they tumble their way into the central playing area. Dropping in 2×2 form, it is up to the players to swiftly rotate the square of cutie fruties in order to line them up with their similarly hued friends. Bookend a row of differently colored Soldam to switch the colors, and complete a full horizontal row to remove it from the playfield.

It’s perhaps best demonstrated than discussed. Check it out in the video below, courtesy of YouTuber Replay Burners.

Soldam has something of a more relaxed pace than many other genre entries, due to the player’s ability to turn even the worst loss into a win with a few deft color changes. A beautiful elf girl shows up to flash her bum every now and then, while Tam and Rit — protagonists of ultra-cute platformer Rod Land — also put in a cameo appearance. Soldam is an interesting entry into the block-busting genre, but pales against more popular takes from the east, such as Data East’s Magical Drop or Taito’s Puzzle Bobble. If you’re die-hard arcade puzzler fan, it might be worth a moment of your time.

Soldam is available to download now on PS4 and Nintendo Switch, priced at around $8.