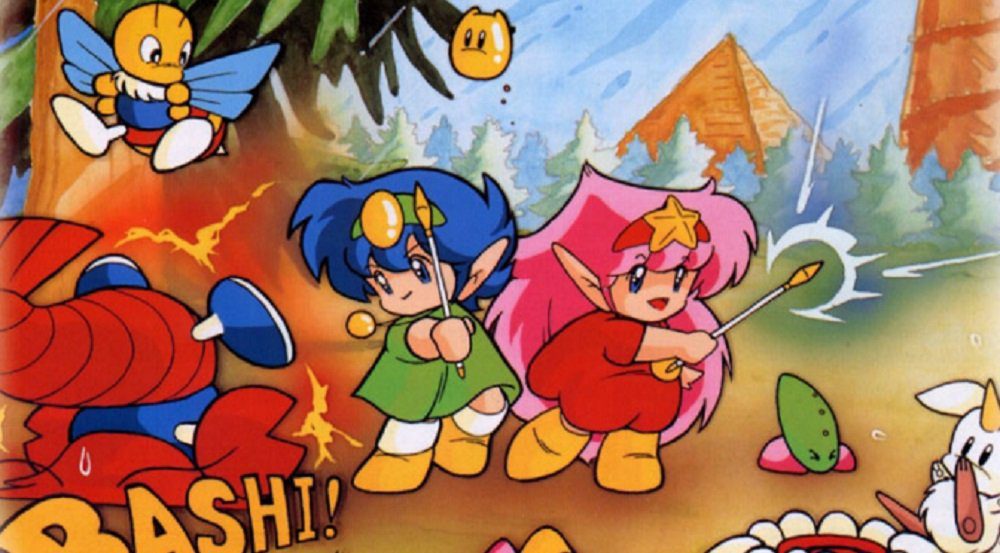 Here’s a delightful blast from the past. The retro fans over at Hamster has chosen Jaleco’s sickening cute single-screen platformer Rod Land as this week’s Arcade Archives release.

Released in arcades in 1990, before swiftly making the transition to a wide variety of home platforms, Rod Land is simple-but-fun platformer in the vein of titles such as Bubble Bobble, Tumble Pop!, and Snow Bros. In Rod Land, one or two players control magical kids Tam and Rit on a quest to rescue their mom (the obligatory attractive anime damsel) from the summit of a monster-filled tower.

Tam and Rit pick their way through each screen, using their magical wands to subdue and/or slam the roaming enemies while gathering enough flowers to complete the stage. Like many games of this ilk, collecting various hidden items will increase Tam and Rit’s skills, while gathering the letters “EXTRA” will see the duo awarded an extra life from a fairy goddess. Today, Rod Land still holds up as a fun, if simplistic arcade platformer, thanks mostly to its fun pixel art and charming sense of style.

Rod Land is available to download now on PS4 and Nintendo Switch, priced at around $8. You can check out the game in action below, courtesy of retro gaming YouTuber Janet.