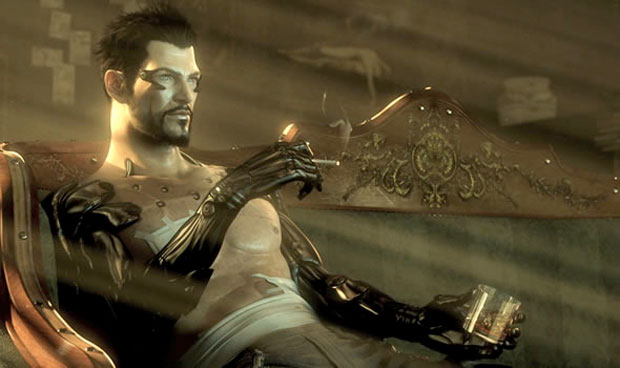 Square Enix will be bringing three of its games to New York for Comic-Con this week: Deus Ex: Human Revolution, Final Fantasy XIV, and Dungeon Siege 3.

While other Square Enix titles will be there and playable, those are the big three… and they won’t be playable. Instead, stage shows with presentations featuring three titles are scheduled at the Square Enix booth, so just be sure to get over there and stand around until something happens.

The publisher has, however, locked down panels for two of the titles. On Saturday, October 9 from 6:15 pm to 7:15 pm in Room 1A22, Dungeon Siege 3 developer Obsidian will be on hand to provide a live demo and answer questions. After that panel is done, stay in your seats — from 7:30 pm to 8:30 pm, the Deus Ex: Human Revolution panel will give a peek behind the game’s story, with comic series writer Robbie Morrison and Eidos Montreal’s character design Jim Murray on hand to provide insight.

Sounds good. We’ll be there. Will you?