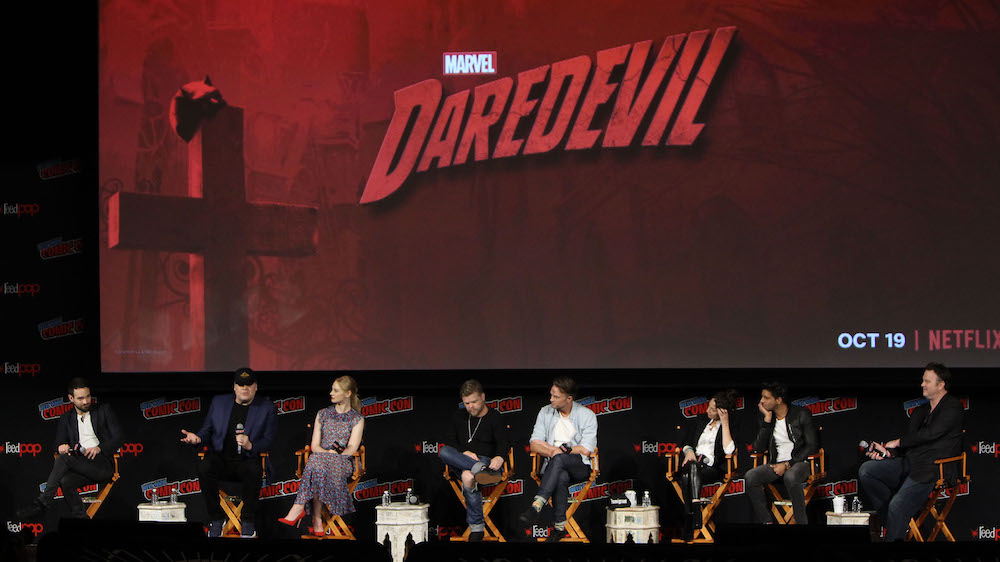 The character will be an FBI agent corrupted by Wilson Fisk

Daredevil is a character known as “the man without fear,” and according to new showrunner Erik Oleson, season 3 of the Marvel-Netflix show is all about conquering fear, and the “narcissistic tyrants” who weaponize it. The New York Comic-Con panel for Daredevil featured Oleson and cast members old and new to the show, all relaying how their characters fit into that tale.

Probably the most important new character in Matt Murdock’s (Charlie Cox) journey of physical and spiritual self-healing is Sister Maggie, who here is portrayed by veteran actress Joanne Whalley. With Sister Maggie as guidance, Matt explores a newfound vulnerability. Cox joked that he believed that his character was already at rock bottom in season 1, but found his character going deeper and deeper during season 2 and The Defenders. The first of several clips shown to attendees had a scene between the two characters, with Matt Murdock physically broken, and Sister Maggie expresses her shock that Matt, who was taken in by Sister Maggie as a child, was the Devil of Hell’s Kitchen as she tends to his wounds. When children try to approach Matt, he scares them off. “What happened to you?” the children ask. “Life,” replies Matt Murdock. 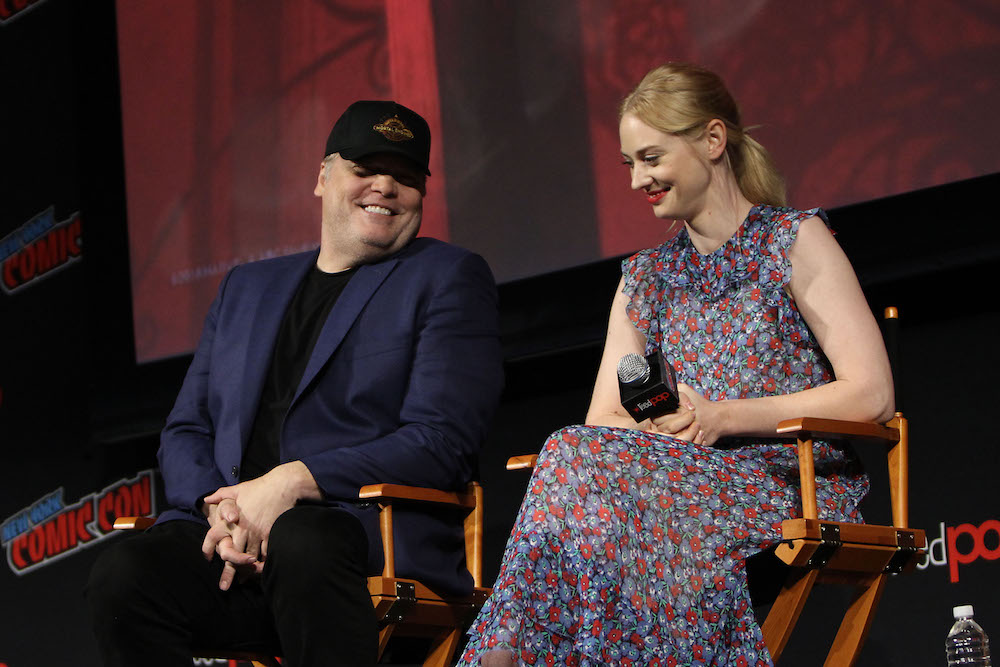 Karen Page (Deborah Ann Woll) and Foggy Nelson (Elden Henson) are Matt’s “lifeline” to the world, but as the Devil of Hell’s Kitchen returns when Matt Murdock is thought to be dead, Foggy’s faith in his friend is shaken. Karen, on the other hand, hangs on to hope—this comes through in another scene shown, which had the two argue about Matt’s final fate. Henson adds that the audience will get to know Foggy’s family, the scene taking place in their meat shop.

But alongside the returning characters is a pair of new FBI characters, one named Agent Nadeem (Jay Ali) and the other named Dex (Wilson Bethel). Nadeem makes a deal with Wilson Fisk (Vincent D’Onofrio) in exchange for the protection of Fisk’s beloved Vanessa. Dex has an interesting character arc—with an uncanny ability to make all of his shots, Dex is essentially wooed by Fisk for his own nefarious deeds. And after a scene that all but confirmed what everyone was thinking, Bethel said himself that his character would turn into Bullseye.

To rapturous applause, Charlie Cox got up and drew a bullseye on Bethel’s forehead. “He doesn’t know, but I just drew a penis on there,” Cox joked. 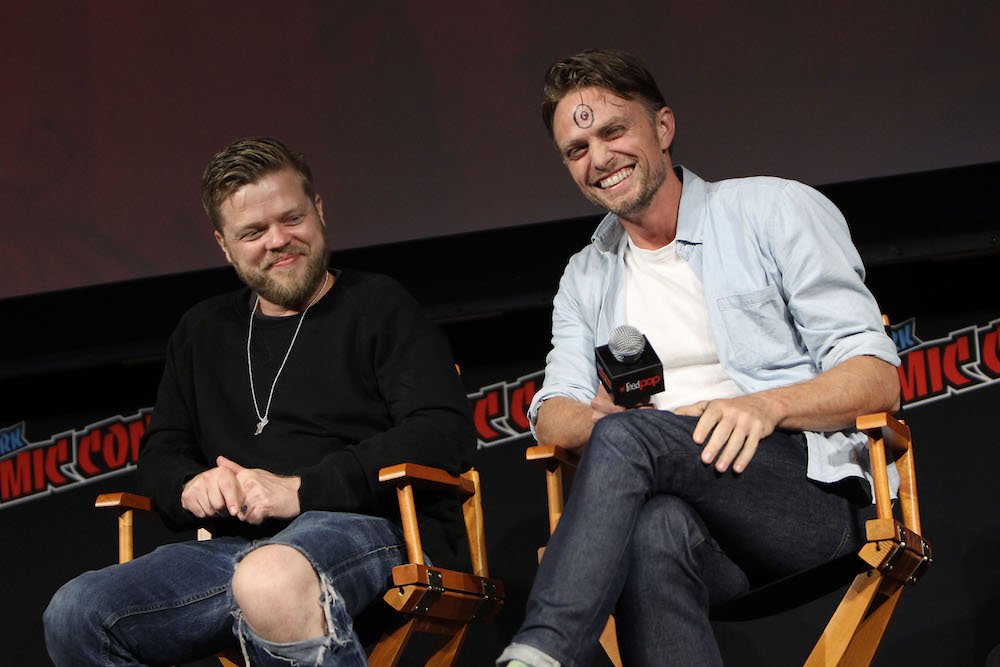 Dex, formerly known as “FBI agent #2” before the reveal, is clearly a character with the potential to be productive and heroic to society, but what happens when a force of evil like Fisk turns him evil? It turns out that Dex is Fisk’s lackey who poses in Daredevil’s red suit, as seen in the new trailer. Another scene the panel showed demonstrated his skills, with Dex using simple office supplies as deadly weapons in a brutal, well-shot, exciting, and creative fight scene.

But Bethel’s character won’t necessarily be called “Bullseye” just yet, just like how Fisk isn’t “Kingpin” with his classic white suit—for now. D’Onofrio describes his character arc to the attendees: Fisk “notices a thread of disease in a certain person, and pulls that thread,” and if he pulls hard enough, he gets back his love, “then is defined and complete.” Unfortunately for Fisk, D’Onofrio says, there is “a little nat that bothers him,” comically implying Charlie Cox with that description.

Daredevil season 3 is all about the pull between darkness and light, and overall, what Marvel showed was impressive—no ninjas to see here like in season 2. The third season streams on Netflix on October 19.