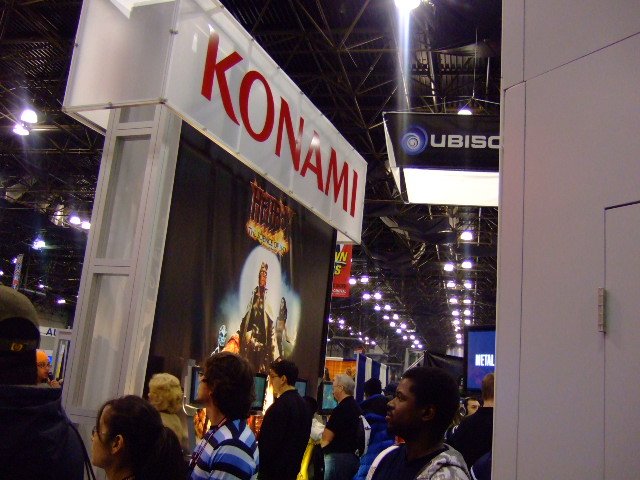 Along with our sister site, collectible toy culture blog Tomopop, Destructoid decided to invade New York Comic Con this past weekend. Comics? Who needs ’em. (Answer: me.) But we heard through the grapevine that there would be some videogame-related stuff to see, so we crawled out of bed and made our way to the Jacob Javits Center to scope things out.

So maybe John Woo didn’t announce a Metroid film (boo? yay?), but there was still plenty of stuff to see. Konami was on hand with Metal Gear Online, as well as playable builds of Hellboy: The Science of Evil (for PSP, PS3, and Xbox 360), New International Track & Field for the DS, and more. Activision had just announced Spider-Man: Web of Shadows, and were offering fans the chance to audition for a voice-over part in the game. SouthPeak Interactive had a huge showing of original titles, including the just-announced PS2 breakdancing title, B-Boy, and the inventive and quirky DS title, Mr. Slime.

Over the next day or two, I’ll be bringing you impressions and information from the show, along with a short interview with the Executive Producer of Spider-Man: Web of Shadows, Graham Fuchs. For those with a love of toys and Square-Enix, don’t miss Tomopop’s stellar coverage of the event.

[Photos by the lovely grrlaction!]