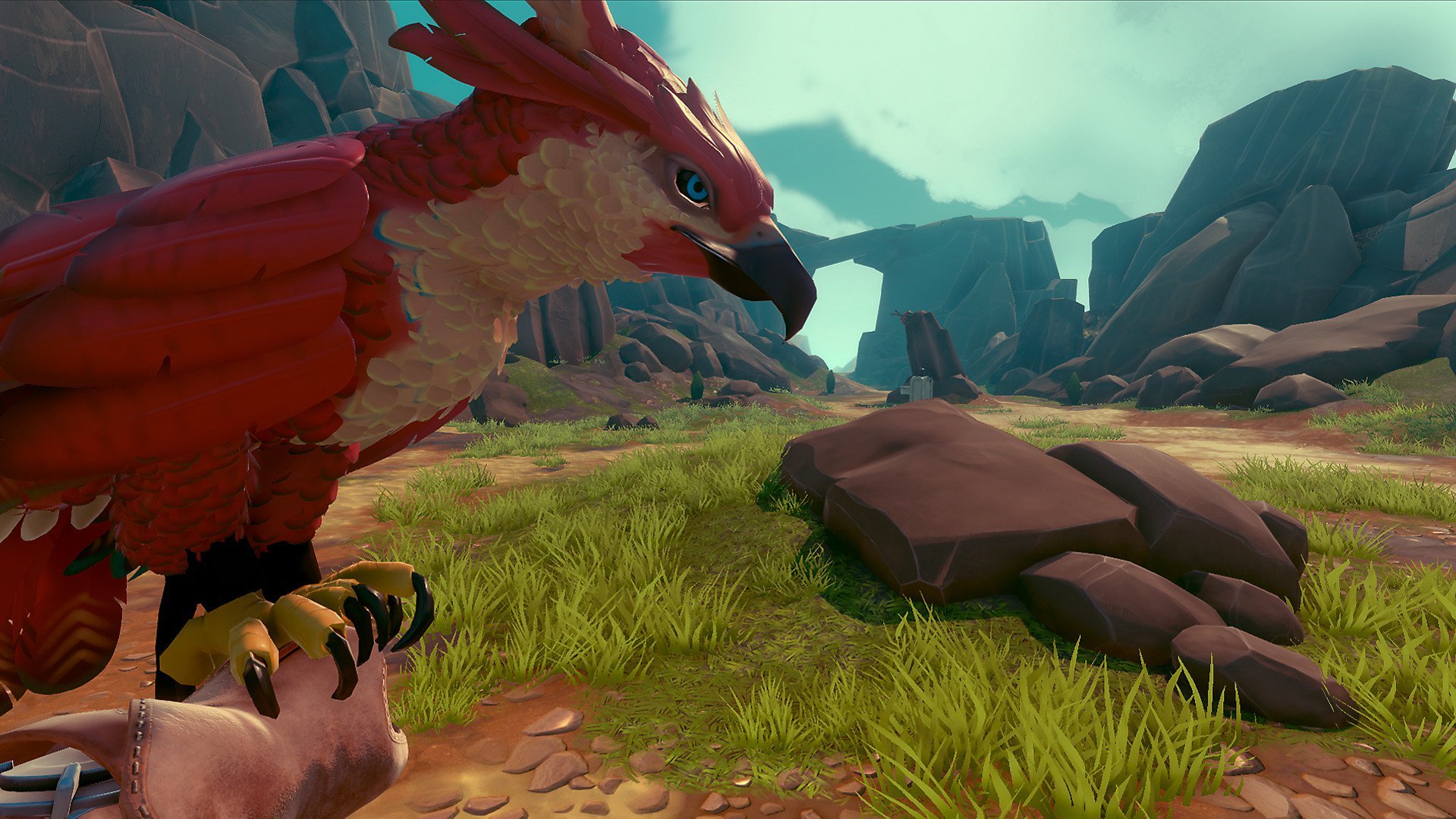 and destroy colonialism in the process

I’ve been following Falcon Age for some time ever since its bird GIFs on Twitter started making the rounds, boasting an adorable baby bird bouncing around and wearing miniature hats atop a gloved hand.

I was certainly not disappointed in this feature during my time demoing the game this weekend at PAX East. I was especially enamored with the ability to play dress up with my bird, and giddy that I was able to make her own treats with recipes and feed them to her directly. Throwing props and various outfits on her to see her reaction was just the cherry on top.

In fact, I spent so long playing dress up and cuddles with my bird that I was holding up another media appointment, so I continued into the demo and dug a little deeper into the setting. I was playing as Ara, not only the falconer in possession of this lovely bird, but a young woman who is imprisoned by the colonizers of her dying planet. Emboldened by the teachings and wisdom of her auntie, she sets out to fight against the corruption and revive her culture. 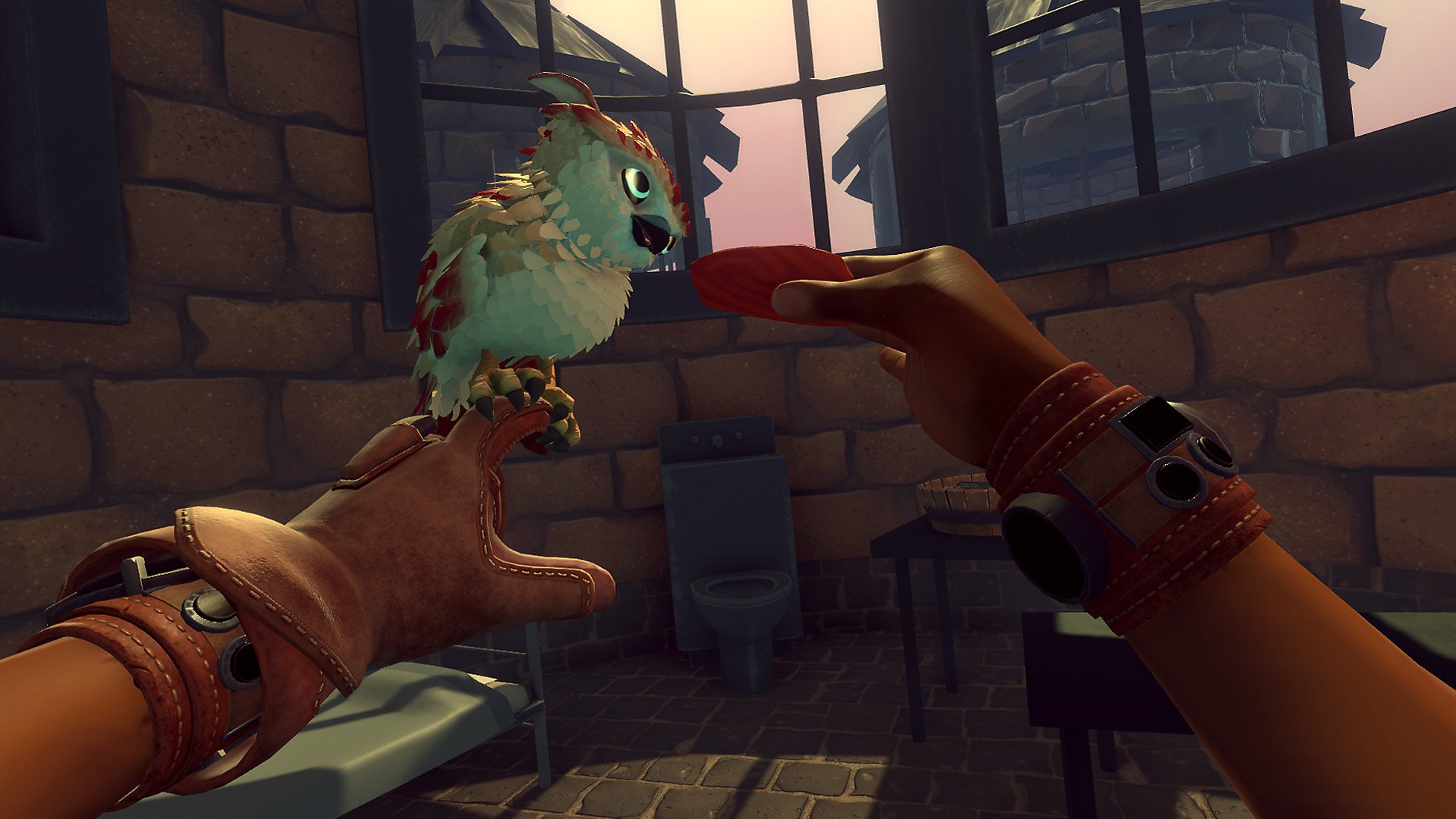 Falcon Age has a semi-open-world setting which starts to open up a little more as your bird gains new skills, and as you progress in the story. In the demo I spent time foiling a small colonizer factory filled with robots with my fashionable companion, who I had just dressed up moments before to look like the Monopoly man.

Despite the young falcon’s adorable and loving nature, I was told her nickname was “murder bird.” Along with cuddling, her expertise is also in ripping enemies to shreds. In fact, I was told the devs studied videos of actual falcons attacking goats when programming her attack mechanisms. It was quite a sight to see her dive-bomb rabbits and robots from hundreds of feet in the air.

I can see that there is so much to unpack in Falcon Age beyond the bird mechanics, and I can’t wait to see where the story takes us. The game is being released on PS4 with VR support on April 9.