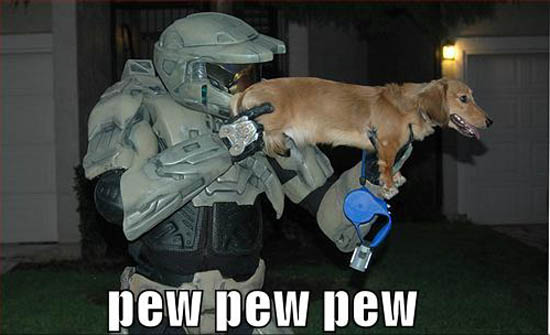 Before we could finish mourning the loss of our beloved NPD numbers, they were somehow resurrected and we’re now reunited in nerdy statistical bliss. Ah, this just feels right.

October’s number show Microsoft’s absolute dominance in software, with the big winner being Halo 3. Sure, this month’s numbers aren’t as strong as the millions of copies of Halo 3 sold in September, but the game has managed to stay on top for a second month with 433,800 units sold, which even beats out all console versions of Guitar Hero III.

Microsoft was proud to point out their successes to Next-gen: “Gamers continue to show preference for third party titles on Xbox 360. Of all third party US software revenue in October, Xbox 360 generated more than double that of the PS3 and Wii. Xbox 360 weighs in at 57 percent with $130 million, compared to Wii with 28 percent and PS3 at 15 percent.”

Now that we’re officially in the holiday season, we should see some big numbers come next month (November data), but October’s hardware numbers stayed roughly at the same place as the September data. The only notable difference is the Xbox 360 sales, which fell sharply in the post-Halo 3 launch month. We’ve heard that PS3 sales are strong for November, but this month’s NPD data won’t reflect that yet.

Hit the jump to see the numbers.

[Thanks to Modojo for the pew pew pew action]