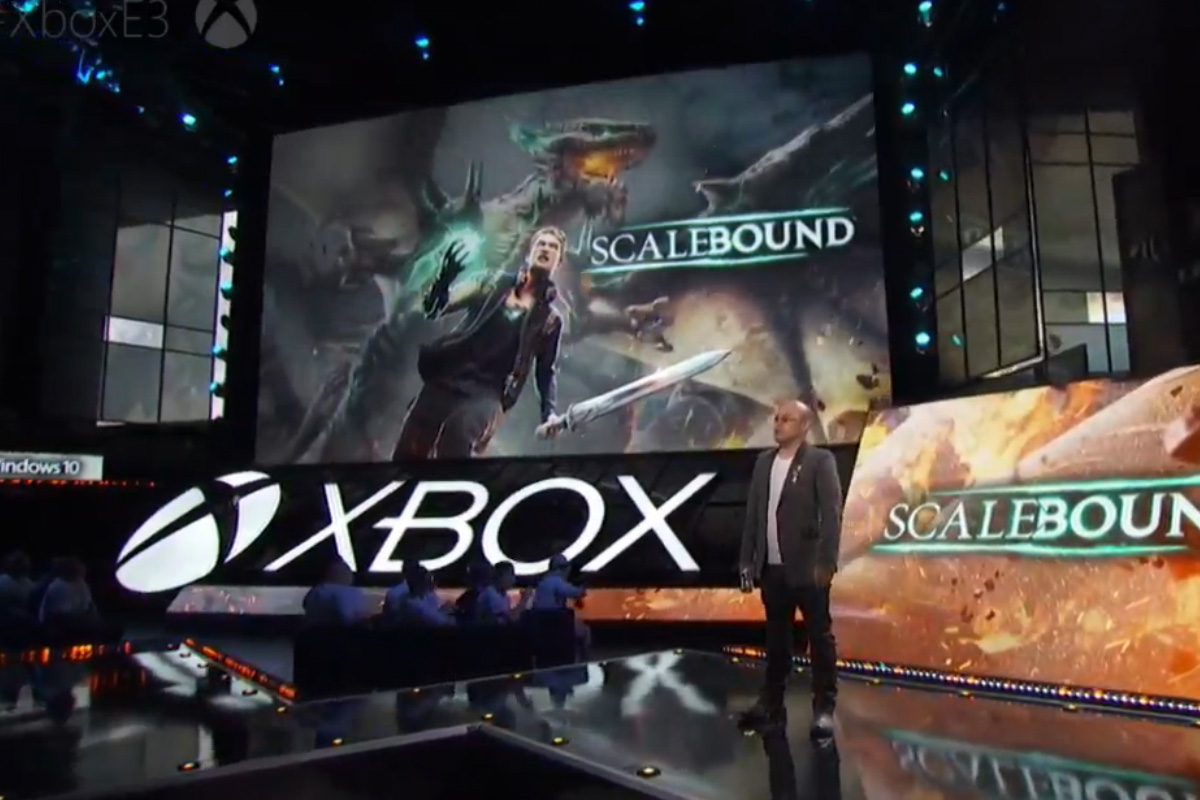 Kamiya strutted out on stage like a complete badass to introduce Scalebound, which has been pushed back a few times on Xbox One. But as you can see in the lengthy five minute gameplay trailer below, it’s alive and well.

Showcasing a giant [enemy crab] boss battle, as well as on-foot/dragon gameplay and multiplayer, I’m pretty much sold. Sure some of it looks canned and the giant weakpoints are tired, but I dig the engine and the idea of fighting huge behemoths with other players sounds amazing. It doesn’t look as zippy as past Platinum games, sure, but if the combat is deep, it’ll work for me. Hopefully it doesn’t suffer the same fate as Anarchy Reigns with a dead online multiplayer.

Scalebound will be coming in 2017 as an Xbox One and Windows 10 exclusive.