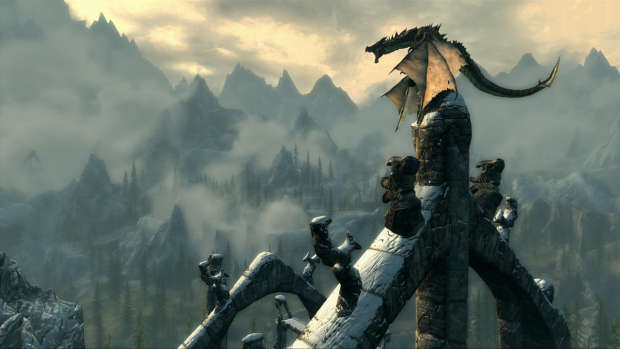 As usual, this past November saw the launches of some of the most popular and critically acclaimed games in recent memory. Nothing was going to top Call of Duty, of course; in fact, that mammoth franchise showed continued growth, with Modern Warfare 3 improving upon Black Ops‘ first-month sales by about 7%. But the month’s top ten list of physical retail software sales, as tracked by the NPD Group from October 30 through November 26, does have some surprises in store.

Total software sales were up 16% over 2010 to $1.74 billion, a new record; the previous high came in November 2008. The Elder Scrolls V: Skyrim, Bethesda Softworks’ expansive and engrossing RPG, came in at number two; NPD analyst Anita Frazier reports that after just one month, it’s only about half a million units shy of Oblivion‘s lifetime sales. Battlefield 3‘s performance, while not up to par with MW3, wasn’t too shabby: it sold well enough to place in third and become the best-selling game in franchise history.

The best-selling platform-exclusive title on the list was Uncharted 3: Drake’s Deception; Sony sold 700,000 copies of the cinematic globe-trotting adventure, good for seventh place. The other, Nintendo’s The Legend of Zelda: Skyward Sword, came in at number nine, helped by 600,000 first-week sales. Rounding out the top ten was the only Dark Knight simulator on the market this year, Batman: Arkham City, which Frazier notes is now “just shy” of Arkham Asylum‘s lifetime sales totals after only a month and a half on store shelves.

Frazier points out that two other platform exclusives, Nintendo’s Super Mario 3D Land (625,000 units sold) and Microsoft’s Halo: Combat Evolved Anniversary, would have made the top ten if the list included only single-SKU sales. Here’s the full list of software sales rankings:

The rest of the story isn’t as bright, however. Hardware sales dropped by 9% to $982.4 million, and accessories came in at $273.8 million, a 34% decline — not surprising, since it’s tough to compare with the launch sales numbers of Kinect last year. This left the industry relatively flat overall: total US retail sales constituted $3 billion, up only 0.4% compared to 2010.

Even so, all three platform holders had numbers to be proud of. Microsoft dominated once again, with Xbox 360 sales jumping 23% year-over-year to 1.7 million units — nearly twice as many as the next closest platform, and nearly half of the month’s console sales altogether. The bulk of those came during the Black Friday week, when Microsoft sold 960,000 Xbox 360s and 750,000 Kinects.

Sony sold 900,000 PlayStation 3s, a 70% leap from a year ago, buoyed by the system’s best-ever Black Friday period. But the 800,000-unit gap between the 360 and the PS3 was “the largest we’ve seen since December 2008 when the Nintendo DS was the top selling system,” said Frazier. Nintendo, for its part, enjoyed the 3DS’s best month yet: thanks to the 795,000 units that Americans bought in November, Nintendo has now sold more 3DS systems in eight months (almost 2.5 million) than they sold of the original DS in its first year (2.37 million).

Take a look at the month’s overall hardware sales:

According to Frazier, the numbers bump for each system between October and November 2011 was “in line with typical seasonality trends,” so now that the year’s big blockbusters have all launched, what kinds of hardware and software sales do you expect to see in December?