[Update: Notch has since apologized and deleted the tweets. It was allegedly a joke. You’ll have to check his Twitter account for context. Nevertheless that’s what was posted, and it was the most active community quickpost of the day.] 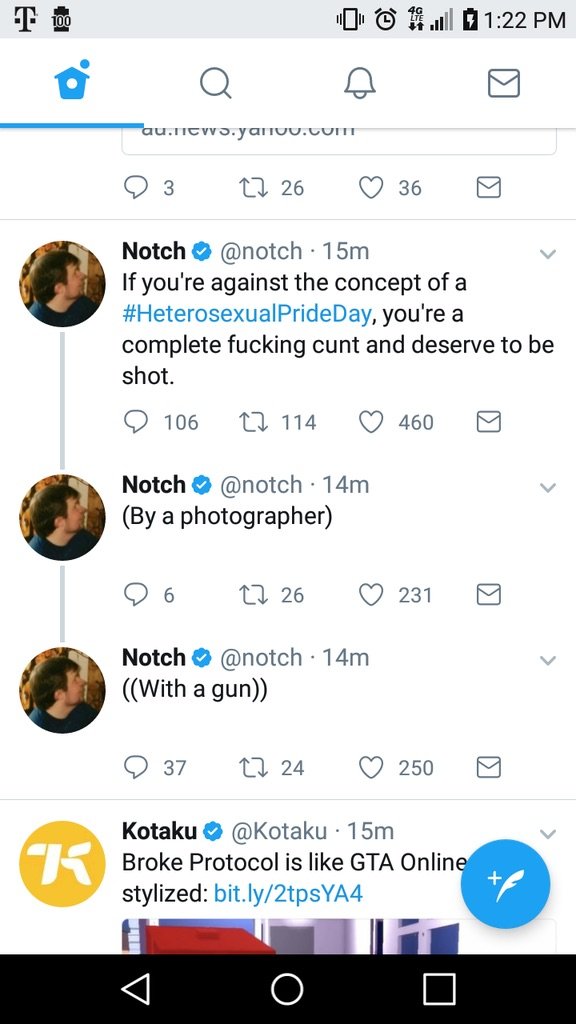 Which was later followed by this pseudo-apology: 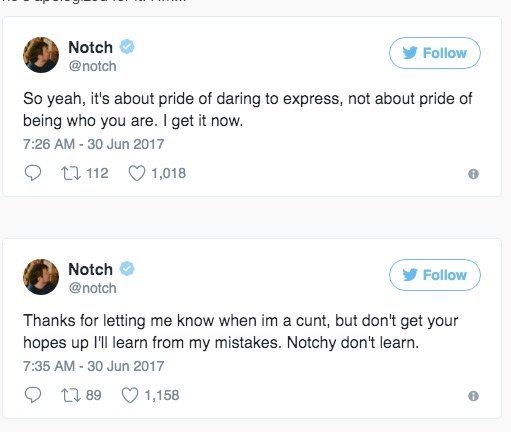 [Spotted something crazy a developer said? Q-Post it and it may end up on our home page!]