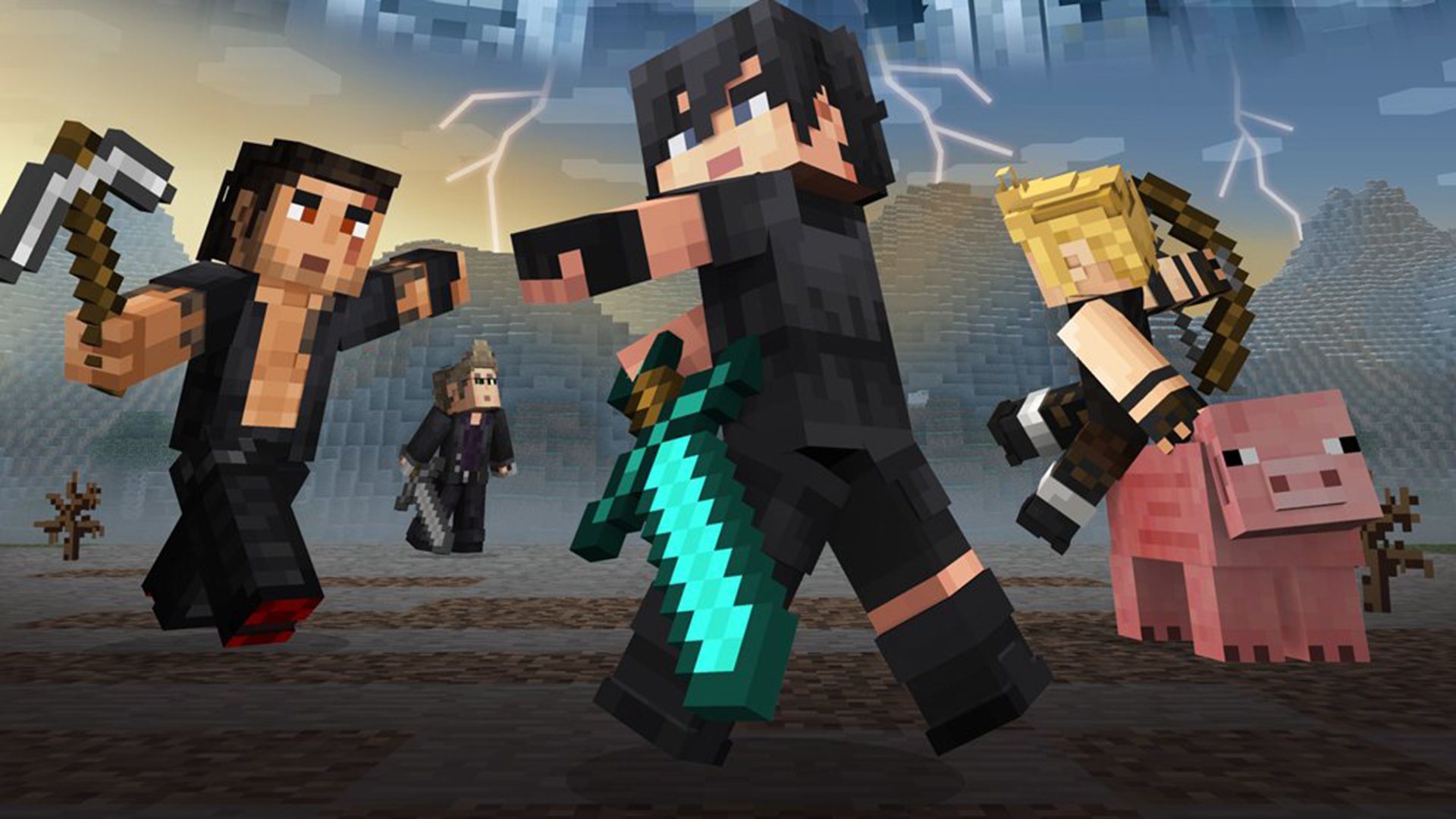 Thanks to Square Enix, Noctis now takes up so many different forms that it’s getting hard to keep track. From his normal boy-band-hair-inspired self in the base game, ranging in various resolutions, to multiple games such as Tekken 7 and Dissidia Final Fantasy NT, to even his chibi form in the Pocket Edition or animated form in the anime series.

Now, he’s becoming extra blocky, as he’s making his way to Minecraft with the Final Fantasy XV skin pack and he’s bringing his boys with him. Going for $2.99 on the PlayStation Store, this new skin pack contains skins for over a dozen characters and is available now on PlayStation 4, PlayStation 3, PlayStation Vita, Nintendo Switch, Nintendo Wii U, Xbox 360, Xbox One, and PC versions of the game.

Now you can have Noctis on practically any device you want him on! How terrifying.