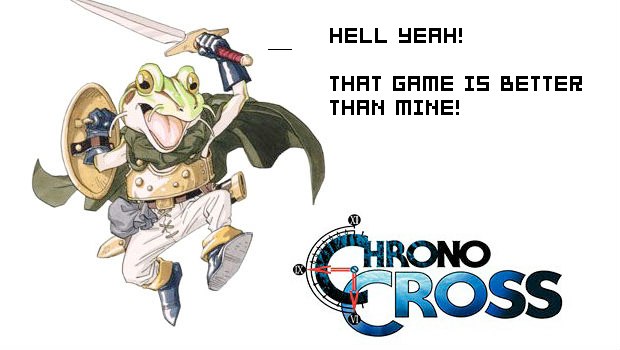 Hey, it’s not my fault that Sony messed up. First, I told you what they told me — that Chrono Trigger was coming to the PlayStation Network. Later, they made me look like a liar. And now we’re back here today. I’m like the boy who cried “Chrono.”

It’s real this time, says Sony’s PlayStation Blog. One of the greatest RPGs ever is coming to the PlayStation Network on October 4 in the US. For reals.

There’s also a juicy tease for Chrono Cross in the comments of this same post. One commenter said that he’d rather be playing Chrono Cross. I’m right there with you, brother!  Charles McCarter, Product Manager at Square Enix responded:

Well, you might not have to wait that much longer…