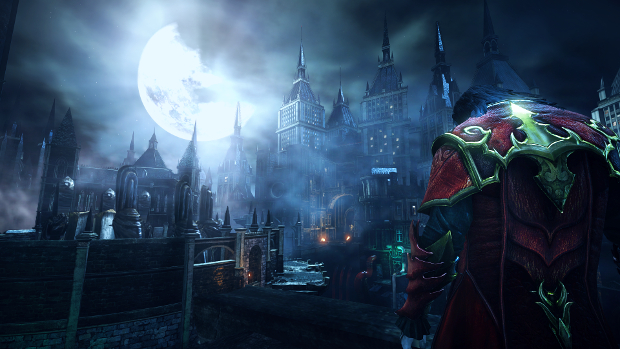 Konami and MercurySteam are more focused on the future

During our session with Castlevania: Lords of Shadow 2 back in December, we got the chance to sit down and talk with the game producer Dave Cox about the expansions and innovations the sequel has made over the original. We learned that MercurySteam created a brand new engine to tell their epic conclusion to the Lords of Shadow saga that pushes the power of the PS3 and Xbox 360 to their limits.

Unfortunately, we also learned that Konami and the developers at MercurySteam are content with keeping the Lords of Shadow series away from next-gen. “We have no plans to release this game on next-gen,” said Producer Dave Cox rather bluntly.

“We did think about bringing the game to next-gen about a few months ago,” he said while discussing next-gen. “We had a talk about it, but it would have meant we would have to take a few steps backward in terms of development — and we really didn’t want to do that, we’d already been making the game for such a long time.”

A key issue that kept them on the previous generation’s consoles was the fact that some concessions had to be made for the LOS2‘s design and architecture to get it working on efficiently. “We made a lot of technical decisions that would have affected the next-gen versions,” said the producer. “So we felt that it would’ve been better to bring the game out on current-gen, as we had the original on current-gen.”

He later elaborated that they didn’t want to fragment the story by placing only one title on next-gen without the others. Moreover, the fanbase is still currently on the previous generation consoles, and they felt that they should focus on their existing audience first.

Understandably, this may disappoint some fans of the series who’ve already made the jump to next-gen. However, Dave Cox assured fans that the upcoming PC release will be the next best thing. “The PC version that we’ve developed goes some way in representing what it would look like if we did a next-gen version of the game. That’s the best-looking version of the game that you’re gonna see.”

As this title marks the end of MercurySteam developing Castlevania titles, both Konami and the creator are now looking to the future. However, Producer Dave Cox hinted that their next collaboration with MercurySteam, whatever that may be, will be a next-gen release.

For more info about Castlevania: Lords of Shadow 2, check out my full preview.