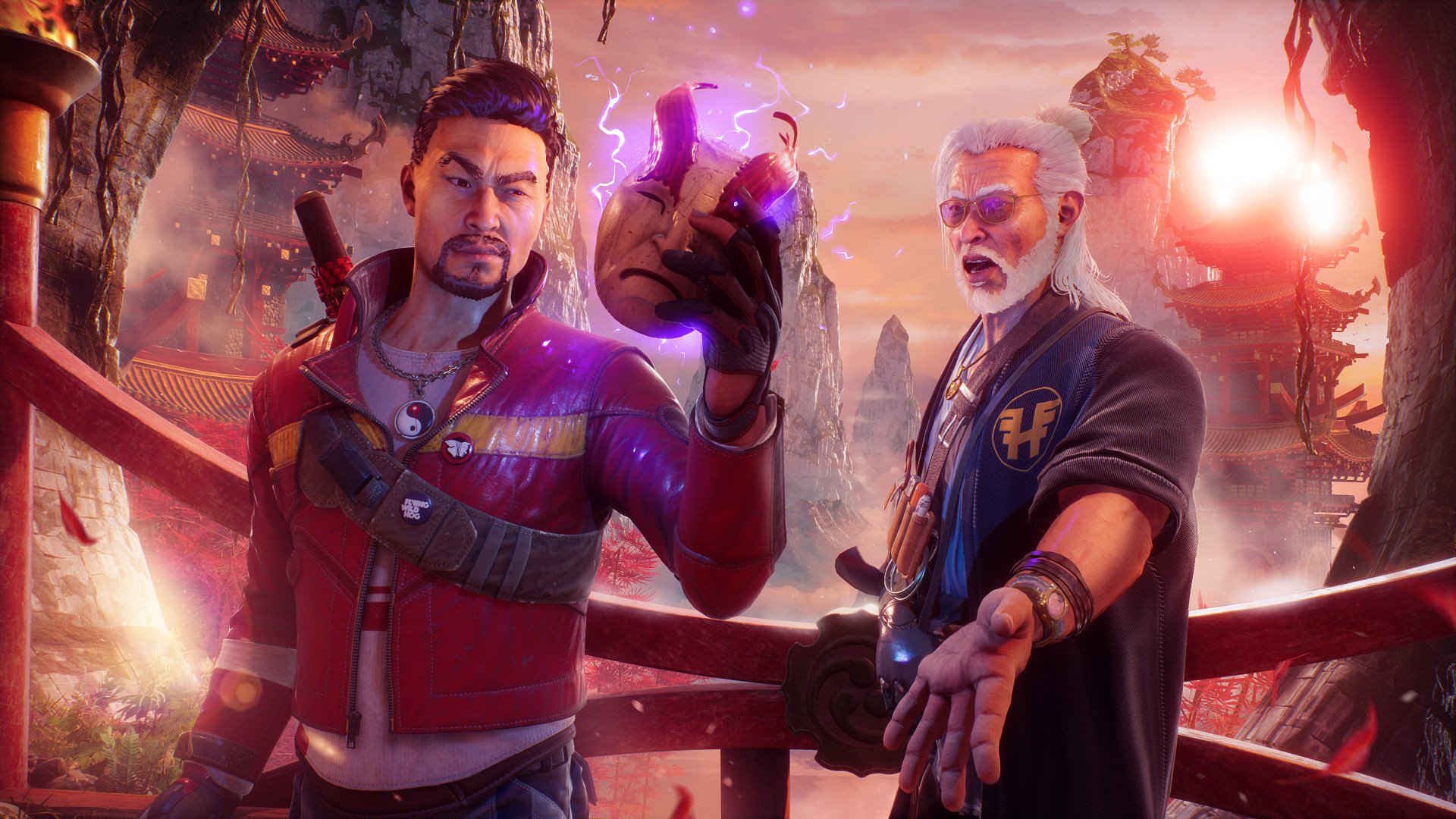 There are 17 new minutes of Shadow Warrior 3 gameplay today and you probably know exactly what you can expect from it. Lo Wang prepares way too much “demon tartar” with a katana, some guns, and his Bulletstorm-like kick. Lo Wang claps back at one of Zilla’s proverbs with “The older the asshole, the louder the toots.” Shadow Warrior isn’t surprising anyone with a tonal shift toward the serious and respectful.

However, we should be surprised by Lo Wang’s slow build toward fashionista with each passing game. In the 2013 reboot, he dresses in the official ninja-assassin uniform, some sort of all-black skintight garb. In the sequel, he wears kind of the same outfit but with more buckles and studs. That makes it trendier, I guess?

But third time is most certainly the charm. In Shadow Warrior 3, Lo Wang has a dope red bomber jacket with a yellow horizontal stripe. It is the very first thing that caught my attention in this very long video, and then it’s all I could think about for the next 16 minutes and 45 seconds. Could you imagine him going like 300 miles per hour on a Ducati? Could you picture him chopping off a bunch of heads without a bloodstain to be found? Yes.

Lo Wang’s bomber jacket is the incremental quality improvement we look for with each passing game in a series. Devolver should’ve started selling these things yesterday. I bet the zipper never gets stuck.