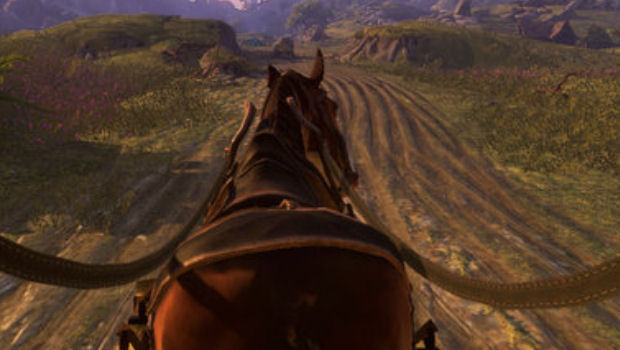 Peter Molyneux has confirmed that his definitely-not-on-rails game Fable: The Journey will not feature melee combat, focusing instead on projectile-based magic attacks. Not that this is going to be an on-rails shooter or anything, because it isn’t. Except when it is. Or not. Perhaps.

“We could have done melee weapons, but the one thing I hate about melee weapons, and guns as well, is that the human brain is encoded to expect recoil from those things,” said Molyneux, making excuses with trademark convolution. “Whenever I swing a sword and I hit something on screen, the visuals and the sound isn’t enough. We could have done what Zelda did well on Twilight Princess, where it doesn’t really matter what you do, what happens on-screen is the best thing. But I wanted people to feel powerful, to feel power, and that’s all about you.

“The thing about magic is there’s nothing encoded in your mind about how it should feel. So no guns, and no swords.”

Molyneux rules out melee combat in Fable: The Journey [VG247]