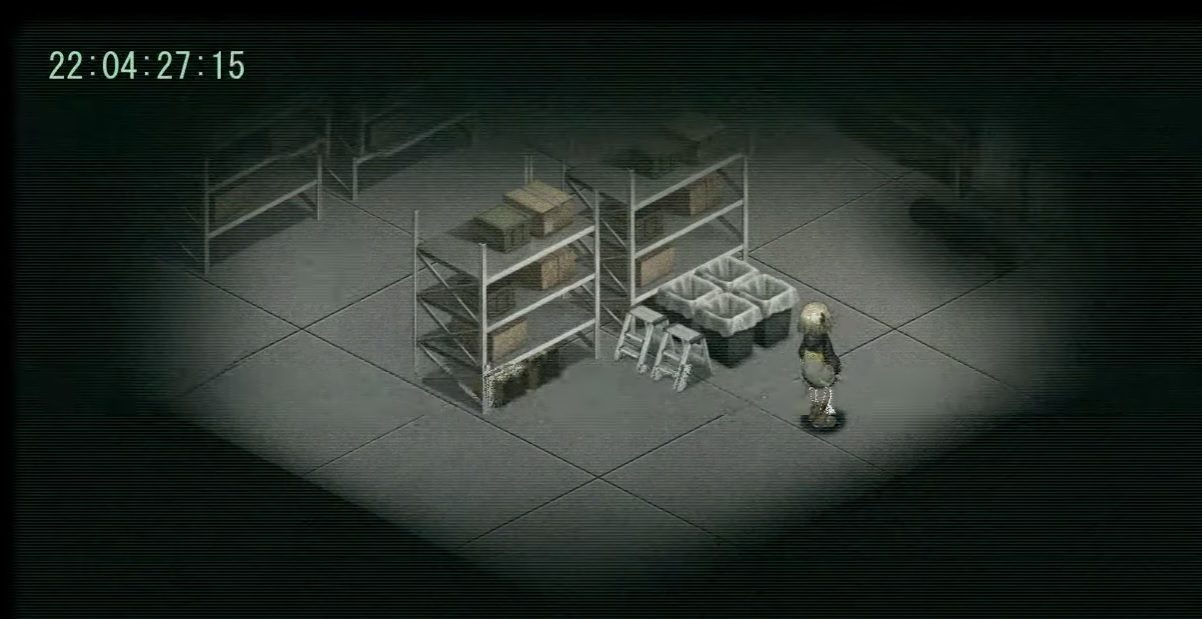 ‘Just having a lie down there, I see…’

You can always rely on Nippon Ichi Software (NIS) to come forward with a brand new teaser at a moment’s notice, and this example is no exception. NIS has opened a brand new teaser website for an unknown title complete with some pretty creepy imagery — a standard M.O. for the company whenever it wishes to draw attention to its upcoming releases.

Available for viewing right here, the very unnerving site simply features a series of static, security camera-like images of a young girl in a darkened warehouse, with what appears to be a bloodied corpse lying just out of frame. Hitting the play button offers your ears a disturbing mechanical dirge. It’s pretty darn creepy, that’s for dang sure. Each day, NIS will alter the image slightly, which will no doubt lead to the title’s eventual reveal.

It should be noted that while NIS are fans of releasing darkly themed games, it has also been known to use “scary” teasers for titles that actually turned out to be as charming as kittens. So, while this new website is undoubtedly set to give you the willies, it could be more than possible that it is tonally way off from whatever the final release is. Either way, stick around on Destructoid, as we’ll be sure to let you know once NIS finally lifts the curtain on this newest mystery.