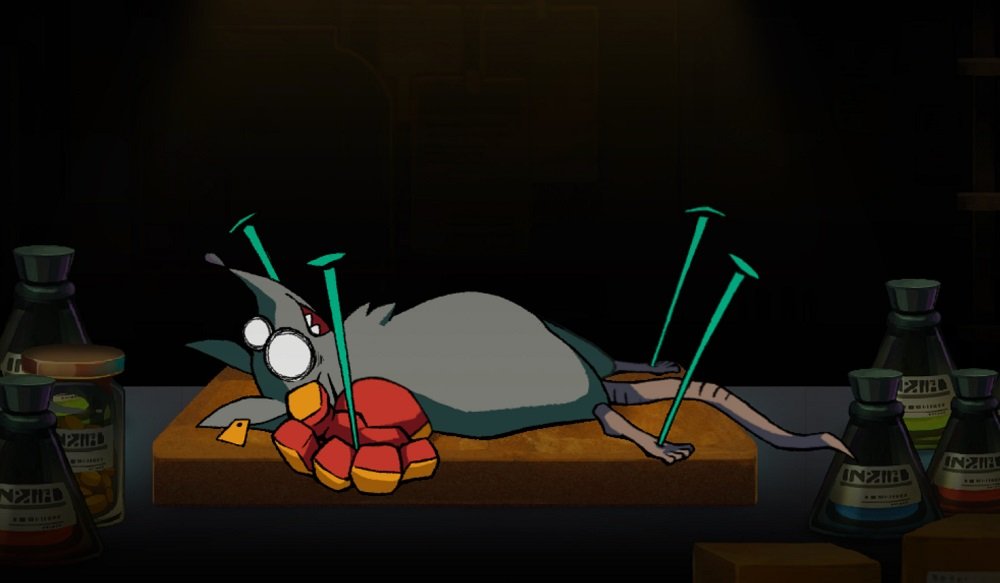 Nippon Ichi Software (NIS) has opened a teaser website for an as-yet-unannounced new title. The cartoonish-yet-creepy webpage features a gauntlet-wearing rat pinned to a board in what appears to be a laboratory or study of sorts. Horrible, crackly static plays on the soundtrack, but seemingly in some form of musical rhythm.

And that’s all we have to go one right now, at least until NIS chooses to reveal its hand. It’s currently a very busy time for news and announcements, given that E3 2020 should have been taking place this week. We can probably expect a slew of these teasers and reveals from various publishers over the coming month.

I’m at a loss here. But do you have any theories on this weird website?