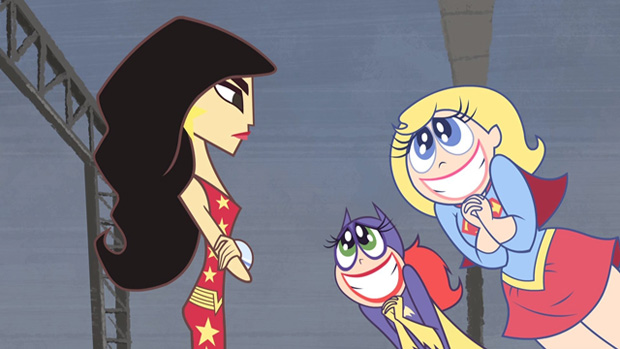 For all of Nintendo’s shortcomings in dealing with major publishers, the Kyoto giant has been making great strides in courting independent developers. Just this past Saturday at the Full Indie Summit in Vancouver, Nintendo of America’s manager of business development, Dan Adelman, took to the stage to explain how easy it is to get software up on Wii U’s eShop. Though no official transcript of the talk exists, Nintendo Life’s Jon Wahlgren was on site to tweet the best bits.

We’ve all heard the horror stories from the WiiWare days, such as requiring a proper office or receiving payment only after a minimum sales threshold is met. Those archaic policies are long gone, as you might already be aware, but that’s only the beginning. On the eShop, there is neither a concept approval process nor a mandate to use motion controls or GamePad features. Nintendo doesn’t even require platform exclusivity, calling such methods “childish” — no doubt a jab at Microsoft’s XBLA arrangements.

Alderman urges indies interested in developing on the Wii U to visit a special Wii U developers page, where prospective partners can fill out a small questionnaire and be one step closer to a license. Nintendo will even provide the Unity Pro 4 engine at no additional cost, and of course there’s the Nintendo Web Framework that supports HTML5 and JavaScript.

The eShop environment is meant to be as painless for devs as possible, offering a robust array of options with no hidden fees. Pretty much the only thing needed to become licensed is business entity status, which costs less than $200 in the US.

While Internet pundits worry that Nintendo is failing to form healthy third-party relations, it sounds like the company is taking a different approach. I personally think this is a great idea, as it avoids the blood waters of home console development in order to foster the content creators of tomorrow. Could that have been Nintendo’s plan all along? Makes you wonder.