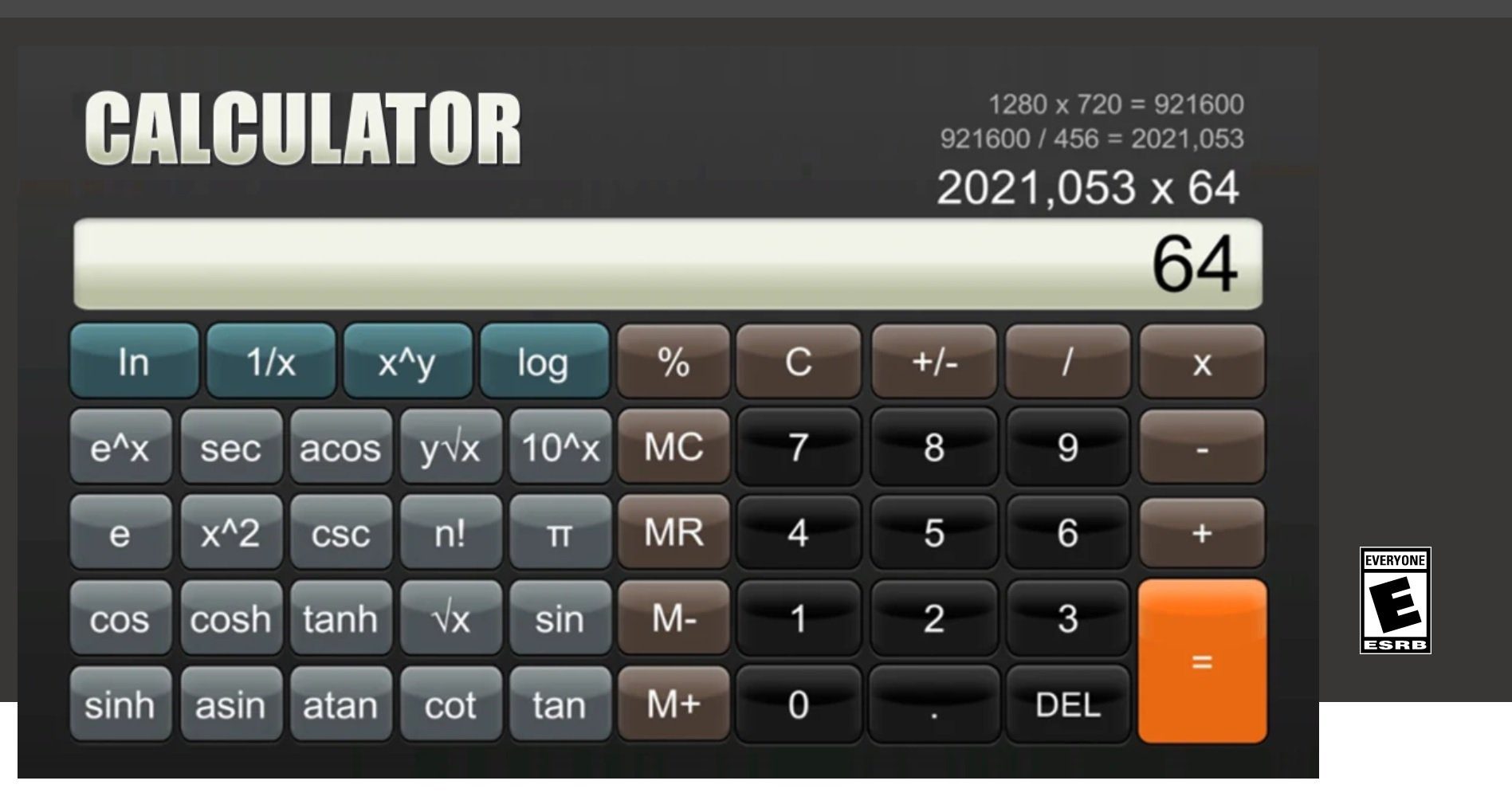 Well, boys and girls, the Switch has finally made it: Calculator is coming to the eShop on May 12.

Typically these kinds of throwaway apps can be a shell game for emulators, or some other hidden software that slips by the eShop certification process. Or, Sabec, a company with a reputation for Switch shovelware, is selling a regular calculator for 10 bucks. I just love that the Nintendo Switch Calculator is rated “E for everyone.”

Sabec seems to have cribbed from the iOS calculator style, basically using the same coloration and font. The Switch is definitely no stranger to shovelware, as Nintendo seems to approve basically anything in their bid to put 30-40 games on the eShop each week.

Crazily, this led to all sorts of chicanery with gaming eShop sales charts, a practice that was eventually squashed somewhat after developer outcry.