One year ago today, the Nintendo Switch graced store shelves worldwide and started a frenzy. We’re not talking 2006 Wii levels of crazy, but the Switch was pretty hard to find for a couple of months. Even with the console flying off shelves, Nintendo didn’t pack the launch with an abundance of titles. What Nintendo lacked in day one software, it more than made up for with a constant stream of titles released over the past year.

Let’s take a look back over the first year of the Switch and see what Nintendo did right, what it did wrong and how the future looks for its hybrid platform. 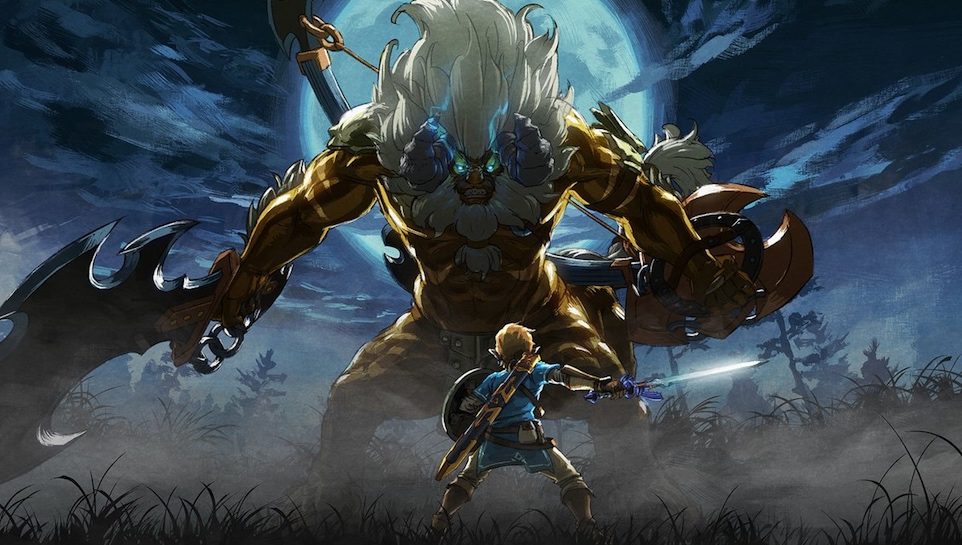 Going into 2017, no one had any idea when the Switch was coming out. We had heard for months Nintendo’s new platform was going to release at some point and the development cycle of Zelda: Breath of the Wild seemed to be winding down, so a lot of speculation was on the game releasing with the system. January’s Switch presentation confirmed that and even gave us a solid release date; March 3, 2017.

In a stroke of genius, Nintendo didn’t give people months to prepare for the upcoming launch. Much like how the music industry is springing surprise releases of albums, it basically finalized the design of the Switch and set the date for a mere month and a half later. Obviously, that is simplifying the situation, but there had to be some kind of market research into modern trends to come up with such a short hype window.

That close release date definitely worked on me, since I had been anticipating Breath of the Wild for quite some time. Seeing as how I travel to Florida every single March, having Zelda on the go was serendipity; now I didn’t have to wait a week and a half to get back into Hyrule and save the land. I could just take my Switch and fly wherever I needed to go with Zelda in tow.

While the design of the Joy-Con may be a little cramped, the ability to split them and have multiplayer ready at a moment’s notice is probably the best feature on the Switch. You no longer had to worry about lacking controllers or dealing with link cables or weakened Wi-Fi signals. The Switch streamlined the process and made it portable. Sitting in a restaurant waiting for food doesn’t feel like an eternity when Mario Kart can be ripped out to pass the time. 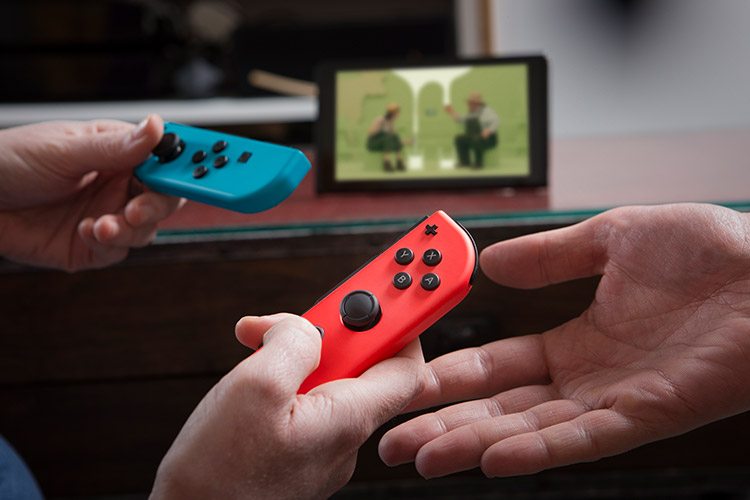 The cartridges are also another way in which the Switch trumps the competition. Now taking a couple of games on the go won’t require a CD carrier or even much in the way of protective means. Those tiny Switch carts are ultra-light, highly portable and pretty damn fast. Load times are quite spiffy on the Switch thanks to this, but the entire portable concept behind the Switch makes these cartridges the perfect medium to carry games (putting aside the Switch tax).

The staggered release schedule for games was a great way to get hype continuously flowing throughout the year. I won’t deny the launch was weak, but getting Zelda, Mario Kart 8 Deluxe and Splatoon 2 within four months is pretty great. There were also other oddities like ARMS and Mario + Rabbids: Kingdom Battle that debuted in the first year, which came to a beautiful conclusion with the release of Bayonetta 2 a few weeks ago. Even if everything that Nintendo put out wasn’t 100% original, the sheer quality of the releases made up for it. These were all highly polished and incredibly fun titles that made Nintendo fans cheer with glee. 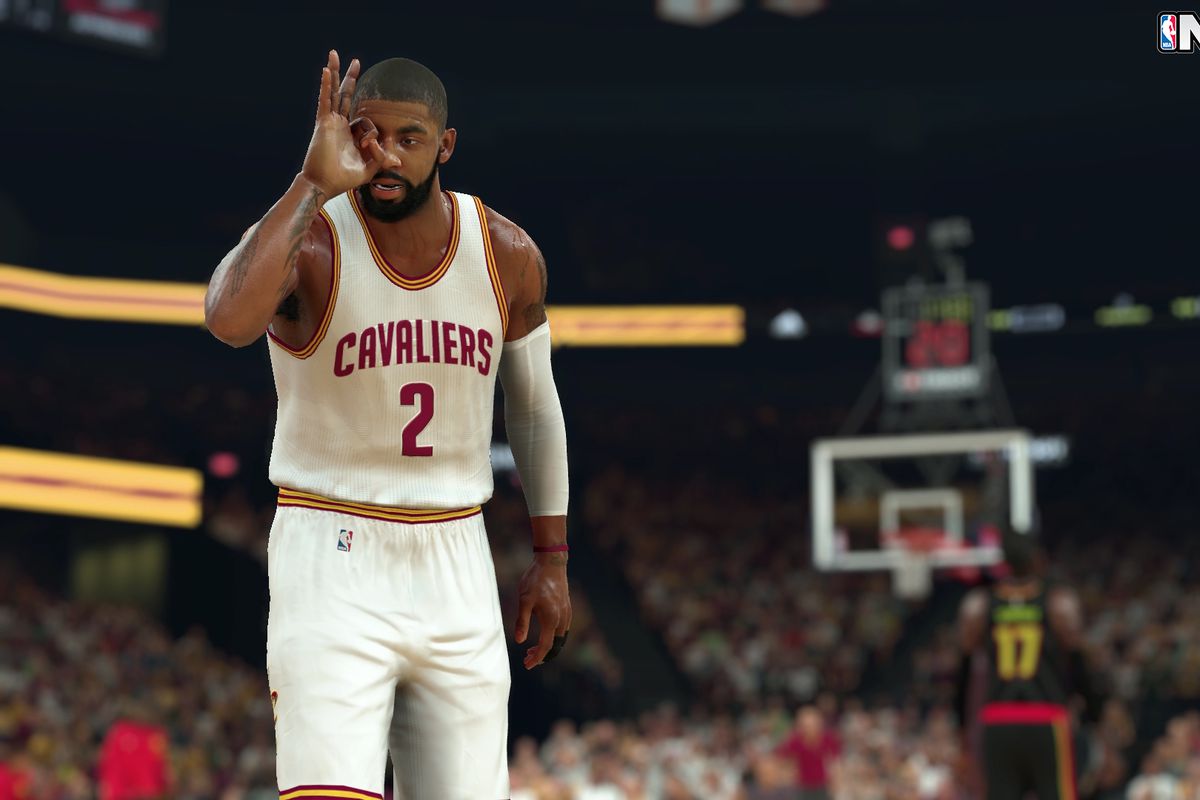 The biggest lacking factor on Switch launch day was the absence of Virtual Console support. Not having a library of classic titles available from the get-go was a mistake for Nintendo. The company holds one of the most beloved back catalogs in all of gaming, yet it’s still relegated to past hardware. Nintendo made a huge push for preservation with the Wii, but that seems to have gone by the wayside now.

I also can’t ignore how lackluster the rest of the launch day line-up was. While I do prefer having a steadier stream of games over the year, Nintendo could have easily delayed the Switch a few months and started off with Zelda, Mario Kart 8 Deluxe and Splatoon 2 on day one. Thankfully the wait wasn’t horrible for those games (they were available within a few months of each other), but the Switch wasn’t offering much on launch day.

The cost of Switch cartridges is something that led to quite a few overpriced and otherwise corner cutting releases in 2017. L.A. Noire for $50 on Switch is ludicrous, but NBA 2K18 having a 5gb save file and necessitating the purchase of an SDCard is ridiculous. It doesn’t help that even Nintendo seems to be doing the same, as Bayonetta 2 only includes the second game on cartridge with the first requiring a download. Cartridges are obviously not cheap, but Nintendo should be eating the cost of them to get developers and publishers pushing games onto the platform, not passing those costs onto the publishers and consumers.

While Nintendo brought the big guns for the first year of the Switch, I can’t say many other developers have. It certainly is great to see Bethesda embracing the Switch (and the port of DOOM is pretty remarkable from a technical standpoint), but everyone else seemed to just port games over and be done with it. A lot of devs haven’t even bothered to jump on-board yet. 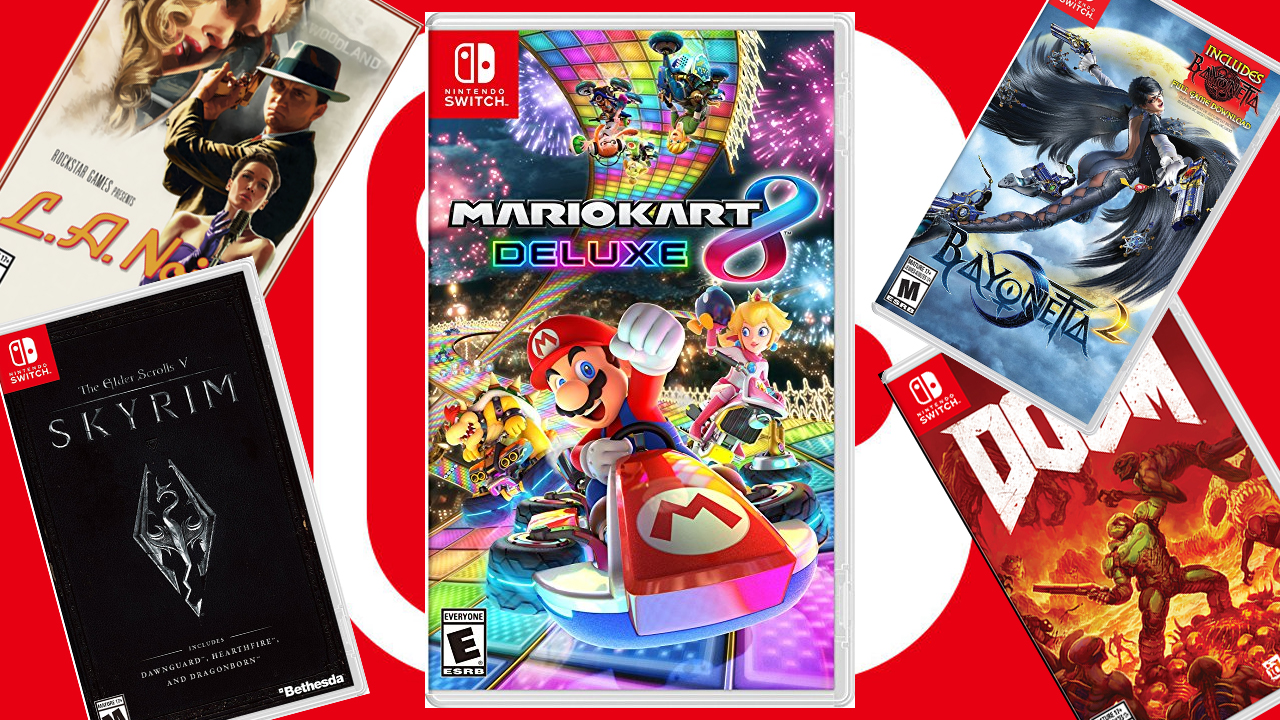 Ports aren’t bad, per se, but it does show that a lot of developers were not ready for what the Switch was offering. I suppose coming off of the Wii U, a lot of people expected Nintendo’s device to fail. That was a reasonable assumption, but porting over games doesn’t really give many gamers a reason to run out and buy the system. If you already own a game, paying full price for a portable version with downgraded quality doesn’t really set the heart aflutter.

The lack of concrete online plans is also something that still bothers me. We were given some kind of a plan for how Virtual Console might be launching with a paid online service, but that was then pushed back from its original Fall 2017 launch and is now pushed back another year. What else is coming with that online service, though, apart from a new fee? 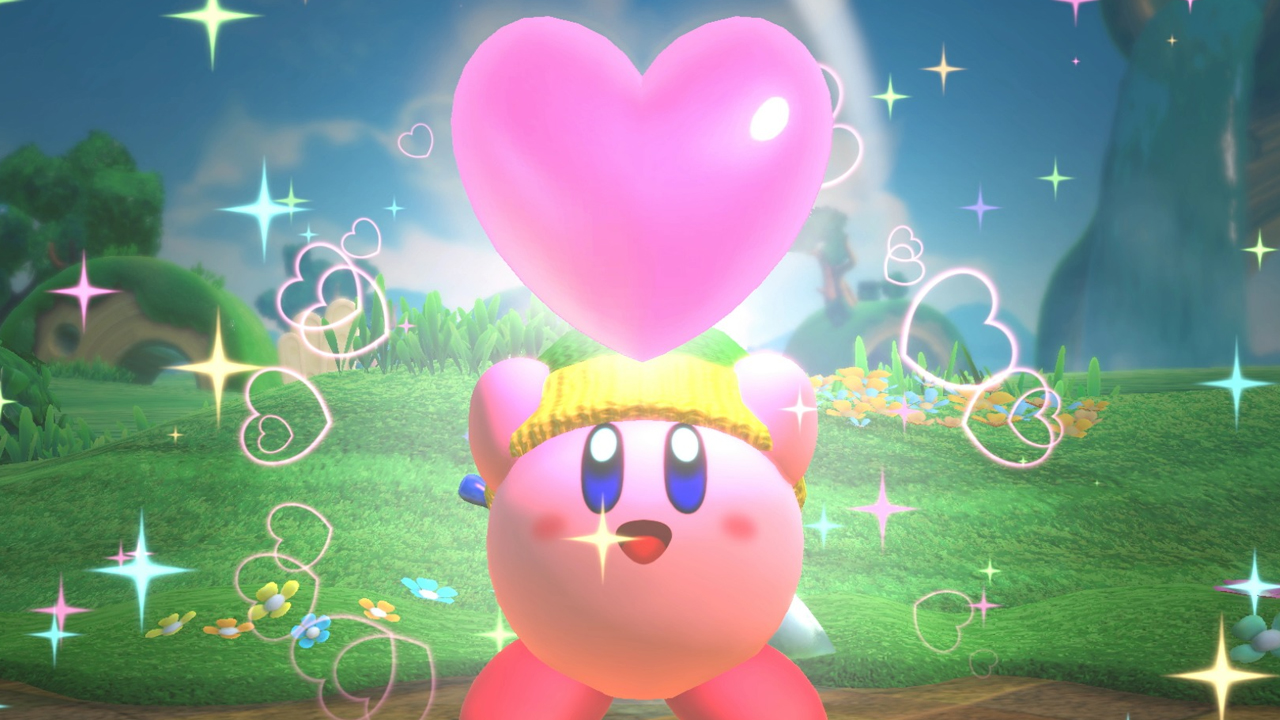 For the immediate future, it seems like the Switch is going to continue seeing ports of last gen games. Nintendo does have Kirby Star Allies, Mario Tennis Aces and the untitled Yoshi game on the schedule, but then Donkey Kong Country: Tropical Freeze and Hyrule Warriors: Definitive Edition are rounding out what we know for 2018 so far. The latter two are great games, but they don’t offer anything that isn’t already available somewhere else.

This is then compounded by things like Wolfenstein II and Dark Souls Remastered heading to the system. While Wolfenstein is sure to be another technological wonder, both of these titles are already available on other consoles (even if the current Dark Souls release is plagued with performance issues). This isn’t the fault of third parties, but Nintendo really needs to ease up on its cartridge costs.

As for other titles, Square Enix looks to have a certified classic on its hands with Project Octopath Traveler, but there still isn’t a release date. Nintendo is currently working on Bayonetta 3 and Metroid Prime 4, but I really doubt either of those games will see a 2018 release. Even Suda51’s cult series No More Heroes probably won’t see its third installment release in the next 10 months.

Nintendo LABO looks really great for kids, but I’m still a little unsure of how cardboard is going to make for a sustainable product. Kids are rough with basically everything they get their hands on and without some way of buying additional cardboard without the cartridge, LABO could end up costing more than its quirky charm is worth. 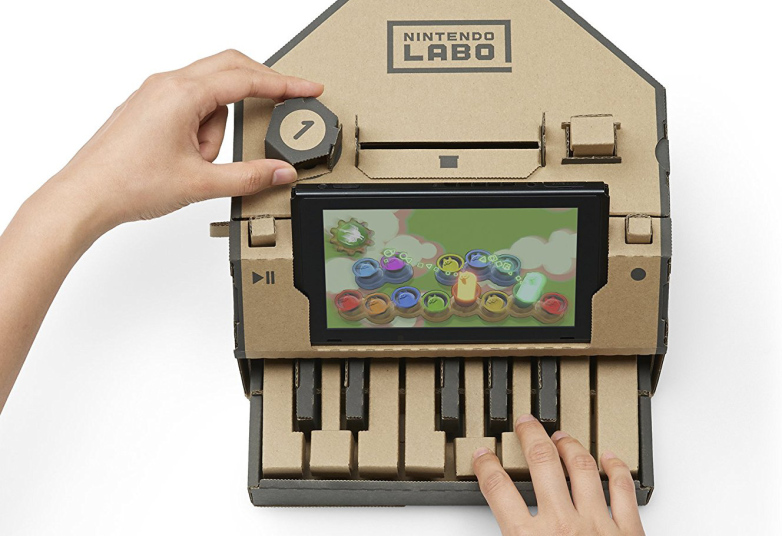 At least Tecmo Koei and NIS have pledged support for the system moving forward. The Switch is also becoming a sort of indie haven with a lot of smaller devs putting out quite a nice selection of retro throwbacks and quirky platformers. With Valve failing to properly curate the releases that hit Steam, I definitely expect more indie games to pop-up on Switch going forward.

For as good of a job as Nintendo did to solidify the Switch as a necessary purchase in 2017, it doesn’t look like 2018 is going to be anywhere near as exciting. The year is already off to a decent enough start, but when Nintendo’s biggest product looks to be LABO, I don’t know that many older fans are going to get much out of the system this year.

Then again, 2017 started off kind of similar with a lack of titles and turned out to be excellent. Maybe I’m just worrying over nothing. When push comes to shove, Nintendo always pulls out the big guns, so I’m sure the Switch isn’t going to crumble overnight.