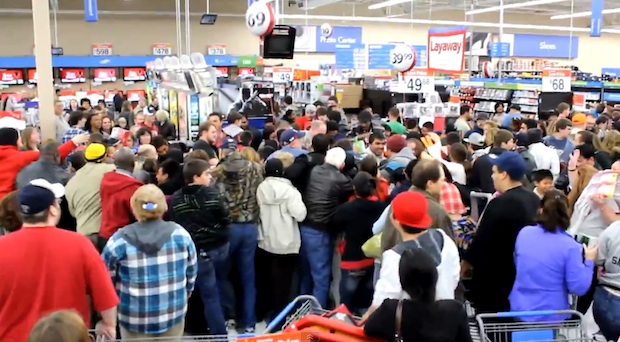 Nintendo says that last month was the 36th time they’ve sold more than one million hardware units in one month since 2004.

The header image came from this video of Black Friday at a Walmart store: