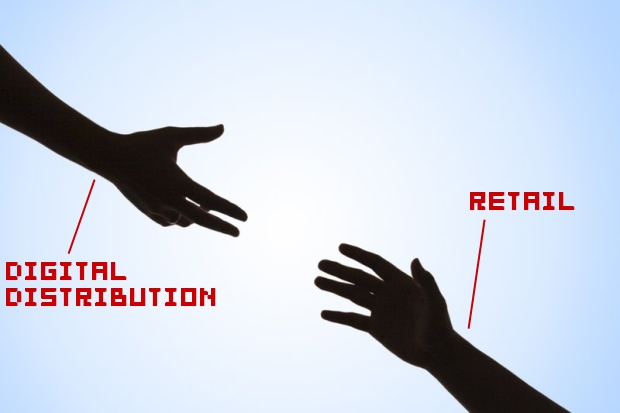 For years now people have been discussing the downfall of retail thanks to the ever increasing use of digital distribution. Of course retail is still here as that inevitable downfall is a long way off because of the technical blockades in front of digital distribution at the moment (lack of save space, high speed internet isn’t everywhere, etc.). However, Nintendo Europe’s head, Laurent Fischer, actually sees downloadable services helping retail not leading it to its slow and painful death.

“There are two ways that WiiWare and DSiWare offer benefits to retail of physical goods. The first is having more people being able to play games. We know from all our experience that what people enjoy on the services makes their appetites for playing games far bigger. That’s the first benefit to retail,” Fischer explained to Develop.

He then went on to explain the second reason, stating, ““The other way is that WiiWare is a laboratory. What we know is that some of the games that are – you could say ‘tested’ through this platform – they may one day get access to the normal retail channels. That’s because the developers have managed to polish their software through the WiiWare experience. That is going to provide sales.”

I’ll agree with the first reason, but as far as games being “tested” on the platform I don’t really see that happening too much on any of the consoles. What downloadable games have moved into the world of retail? I’m sure there are some, but I can’t think of any off the top of my head. If he is referring to developers getting their bearings with downloadable games and then moving onto bigger, full retail games then that makes sense. Of course it also hints that DSiWare and WiiWare is full of crappy “practice projects” for early developers.