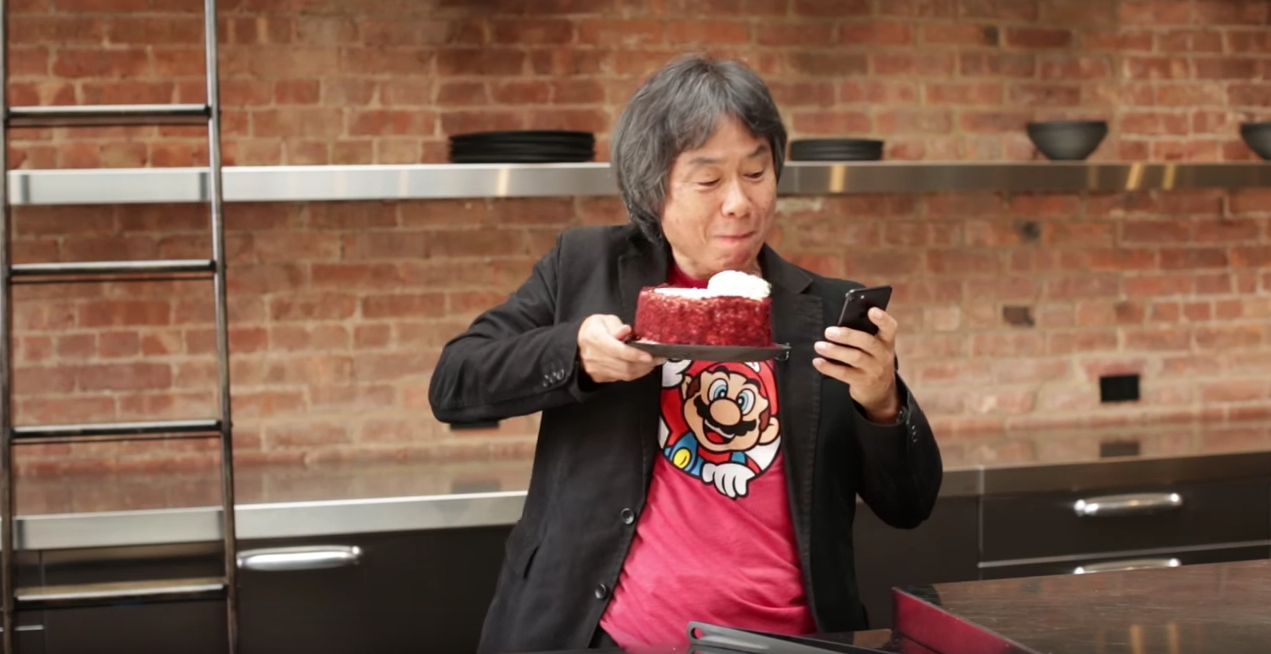 The very first hint for Nintendo’s new cell phone game, Super Mario Run, is that you can play one-handed. It’s been a major part of the marketing, too. Here’s Shigeru Miyamoto playing Super Mario Run while eating a large cake, from last week.

And while the slogan is surely meant to communicate the ease of use and appeal to average mobile game players, folks of the online are liable to do more than eat cake while Super Mario Run-ing, unless by “eat cake” you mean “crank your genitals,” which I do, always. As Marie Antoinette famously did not say: “Let them pull pud.”

Can’t wait to jerk off with one hand and play Super Mario Run in the other!!!!! pic.twitter.com/J6Kmo2sm1X

Anyways, Nintendo of America wants you to know that once you, uh, finish with Super Mario Run, you may go download — two-handedly — other, older Mario games, which are currently being sold at a discount.

After playing Super Mario Run, use BOTH hands to download some classic Mario games at a discounted price! Details: https://t.co/q9cvCYgYhh pic.twitter.com/V6amxmJVJJ

Presumably you are NOT allowed to jack off to these Mario games.