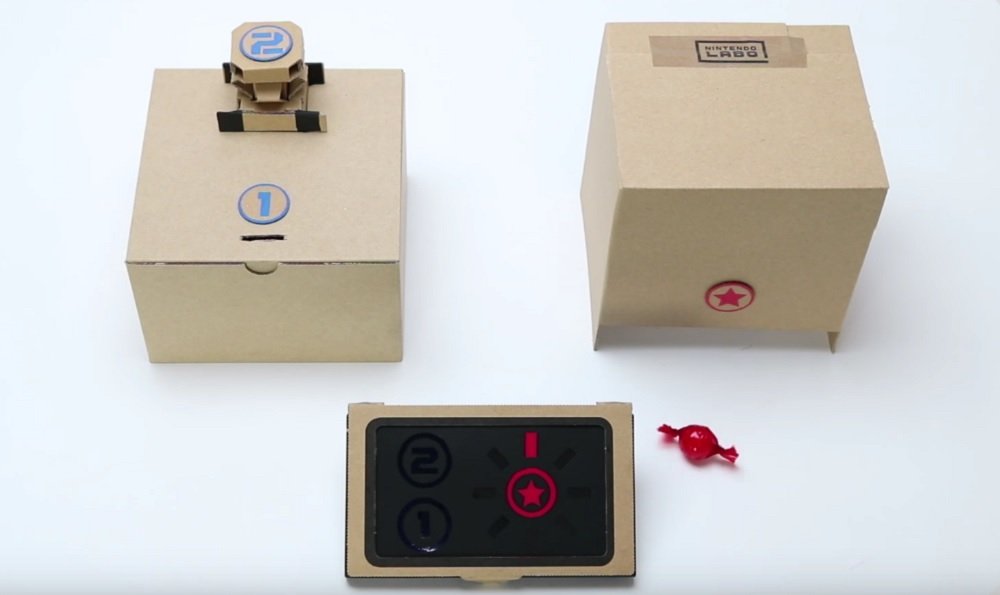 Nintendo have released a new video looking at a creative piece of software for their upcoming Labo project. The “Toy-Con Garage” allows users to make various reactive devices by linking a selection of cause-and-effect options.

The software is based around the concept of input and output. Users can select various motions, such as button presses or specific stick movement, and then link those inputs to a variety of effects. So, for example, pushing the stick upwards would make the screen light up, or the face buttons could be mapped to play sound effects.

Through this simple, rudimentary method of button redefinition, children can put together simple projects using movement, light and sound, whilst learning about the cause-and-effect nature of programming “Input these instructions to create this outcome”, so to speak.

Examples given include redefining other Labo kits, such as the fishing rod, to work with the remote control car, and even a fun little gizmo that dispenses candy when money is inserted.

When I was a wee nipper, we had these small science kits you could buy from Radio Shack where you would link various wires and resistors to make lamps light up, or a alarm sound. The Toy-Con Garage reminds me of those, in principle. I think it’s a pretty neat idea.