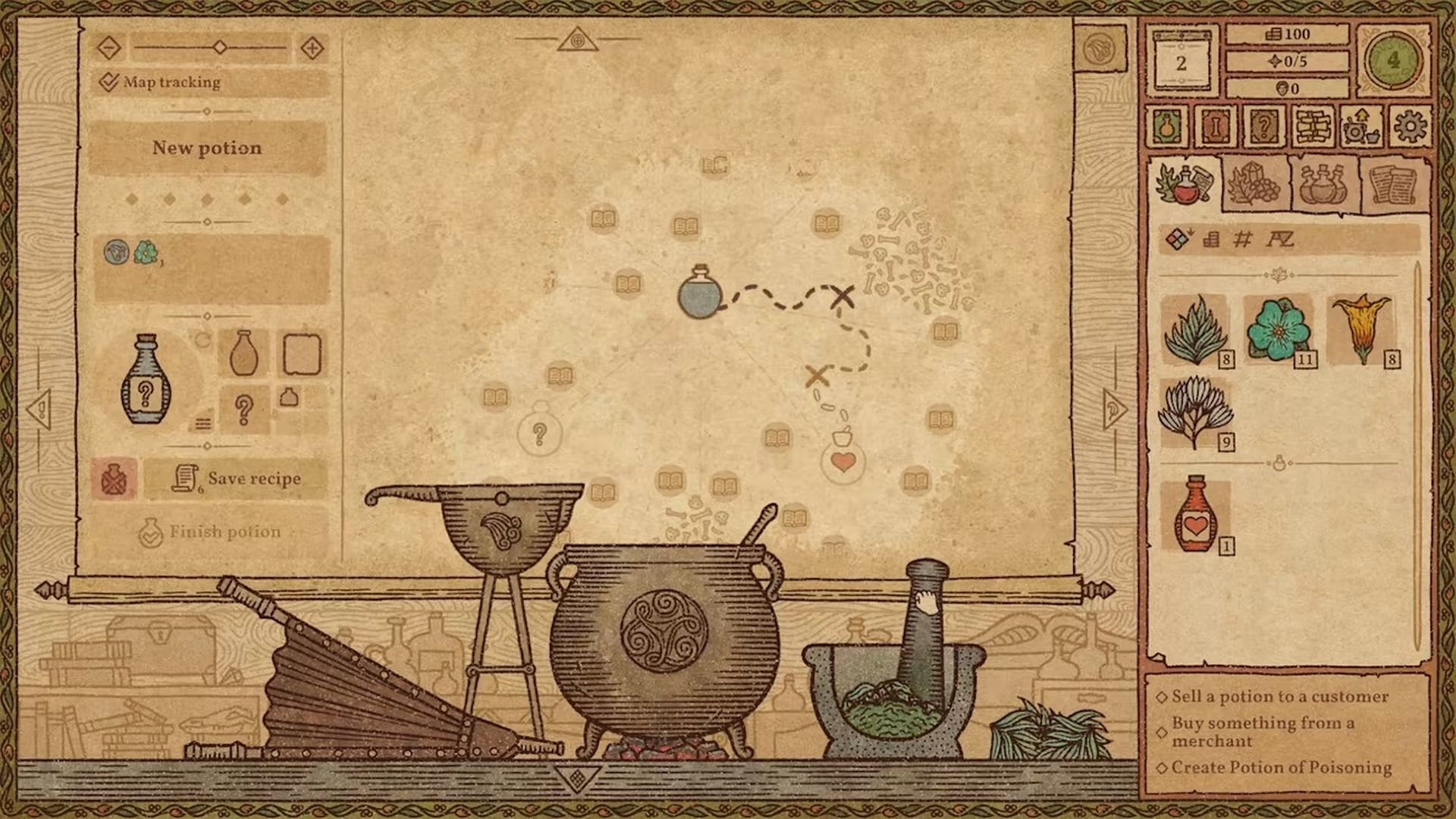 Craft a potion on the Switch next year

It’s Day 3 of Nintendo’s House of Indies, with four more games sharing news and dropping onto the Switch platform in some manner. Today we’ve got boats and tones, tin hearts and potion arts, and two more surprise drops.

If you haven’t been following, Nintendo’s been holding an advent calendar-style indie spotlight event this week. Each day, a new batch of games is unveiled; historically, half have been announcements of forthcoming games, and half are shadow drops, adding new games to the Switch eShop.

First up today is Sonority, a music-themed puzzler from Hanging Gardens Interactive and Application Systems Heidelberg. While travelling with a strange raccoon pal, you’ll have to solve puzzles using composition and sound. It seems like it’s built to be workable even for the musically deficient, so that’s nice.

Meanwhile, Festive Vector and the Quantum Astrophysicists Guild have dropped Sail Forth, a game about customizable ships and impending nautical doom. Expand your crew, fight against pirates, and seek lost treasure. Seems like impatient Skull and Bones fans might find something to like here. Both Sonority and Sail Forth are out on Switch today.

Those are the surprise drops for today, but there are also two more games slated for Nintendo in the new year. Rogue Sun and Wired Productions showed off Tin Hearts today, which takes a Lemmings approach to tin soldiers. While this looks like a perfect holiday game, those who dig it will need to wait a big longer. Tin Hearts is currently aiming for April 20, 2023.

Potion Craft: Alchemist Simulator is one game we’ve already enjoyed here on the PC, and it’s getting a Switch port in the new year. Niceplay games and tinyBuild’s alchemical management game is set to launch in spring 2023.

That’s it for Day 3 of the House of Indies, but stay tuned as more doors open. There are still two days left and likely much more indie news waiting within the holiday house.