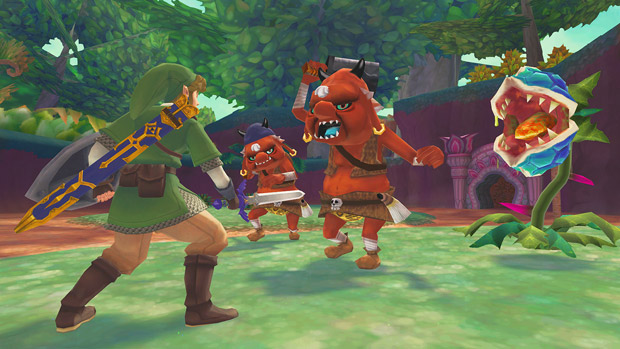 Turns out you guys have strong opinions about which Zelda titles, if any at all, you’d like to see remastered in high definition. While Nintendo ultimately went with The Legend of Zelda: The Wind Waker HD for the time being, two other games were experimented with. Series producer Eiji Aonuma explained the situation to Polygon:

“When we were thinking about the new Zelda for Wii U, which is something we’re actually working on, we needed to experiment with a variety of graphic styles and it was part of that process we took some existing Zelda games and made them HD just to see what would happen. In doing so we realized that the Wind Waker graphic style, the art style, really represented well on the Wii U given the graphic capabilities of the new system. It really brought that world to life.”

Aonuma smartly didn’t rule out any future projects, admitting he “can’t say that the possibility is zero that those will be made into HD, but right now I need to work on the next installation in the series so I don’t have the bandwidth to do that right now. But maybe it will happen if someone else does it.” He’s been a Zelda-producing machine, lately. I don’t know how he does it.

Filed under... #HD#The Legend of Zelda