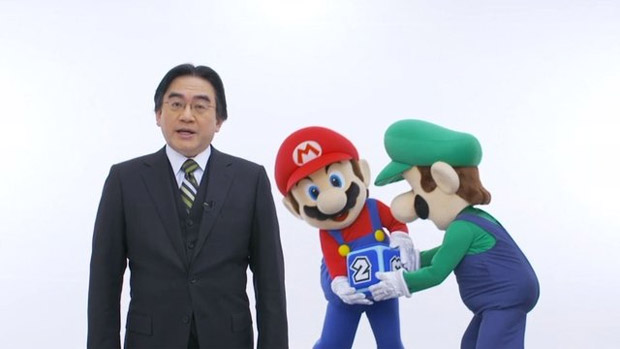 Following Nintendo president Satoru Iwata’s presentation to investors last week, a Q&A session was held and one of his responses — the one about console and handheld hardware becoming more like brothers — grabbed our attention. The full Q&A has since been translated and that specific answer is much more informative than the snippet we originally saw.

Asked if last year’s organization changes within Nintendo would mean the integration of console and handheld devices into one system, or cost savings associated with resource efficiencies, Iwata said “…we are going to create a system that can absorb the Wii U architecture adequately. When this happens, home consoles and handheld devices will no longer be completely different, and they will become like brothers in a family of systems.

“Still, I am not sure if the form factor (the size and configuration of the hardware) will be integrated. In contrast, the number of form factors might increase. Currently, we can only provide two form factors because if we had three or four different architectures, we would face serious shortages of software on every platform.” Iwata cited iOS and Android as examples Nintendo should follow in terms of having multiple devices that share a common platform.

Previously, Nintendo”always ended up developing a system that was completely different from its predecessor,” excluding the GameCube and Wii, which had a similar architecture. Under the new plan and with a more integrated R&D division, there will be fewer game shortages during the launch periods of new systems, according to Iwata.